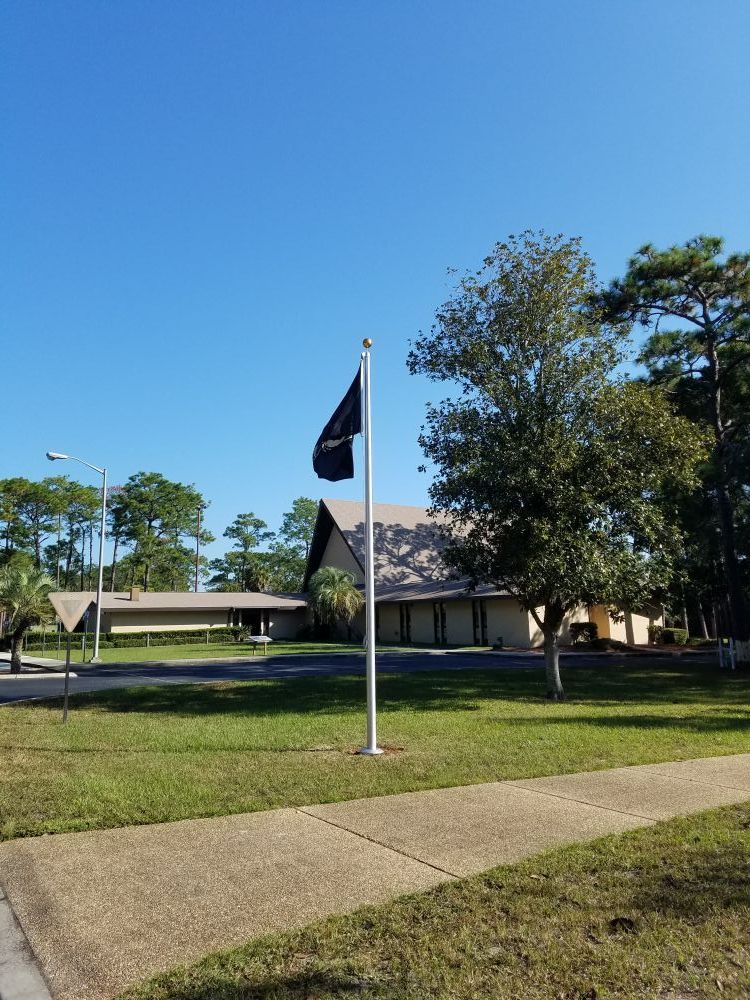 The National POW/MIA Memorial & Museum is located on 26 acres in northeast Florida at the former Naval Air Station Cecil Field, Master Jet Base (1941-1999), currently known as Cecil Commerce Center. The original POW/MIA memorial, located just south of the Chapel of the High-Speed Pass, was dedicated to those naval aviators stationed at NAS Cecil Field during the Vietnam and Desert Shield/Storm eras. This area is often referred to as Hero’s Walk & Freedom Trees. The “Vietnam War Memorial” was originally dedicated on September 11, 1973, by the families and servicemembers who wanted to ensure these brave men would never be forgotten. A pavilion with a stage area, a metal starburst display of aircraft, and a granite base seal of this former Master Jet Base were located at the end of the boulevard amongst the pines. This area was often used by the base for recognition services and ceremonies. A driving force behind establishing the original memorial was Mary Hoff, wife of MIA pilot LCDR Michael G. Hoff. Mary was also instrumental in developing the POW/MIA flag, now a congressionally approved national ensign. Besides the American flag, this is the only other flag authorized to fly over the White House and the only other flag that can fly on the same flag staff as the American flag. Undoubtedly, this flag has become a very important symbol for the POWs and MIAs, their families and friends, and the enduring cause that they will never be forgotten. The establishment of a National POW/MIA Memorial and Museum at Cecil Field will result in the country’s only nationally recognized memorial for all missing military personnel. 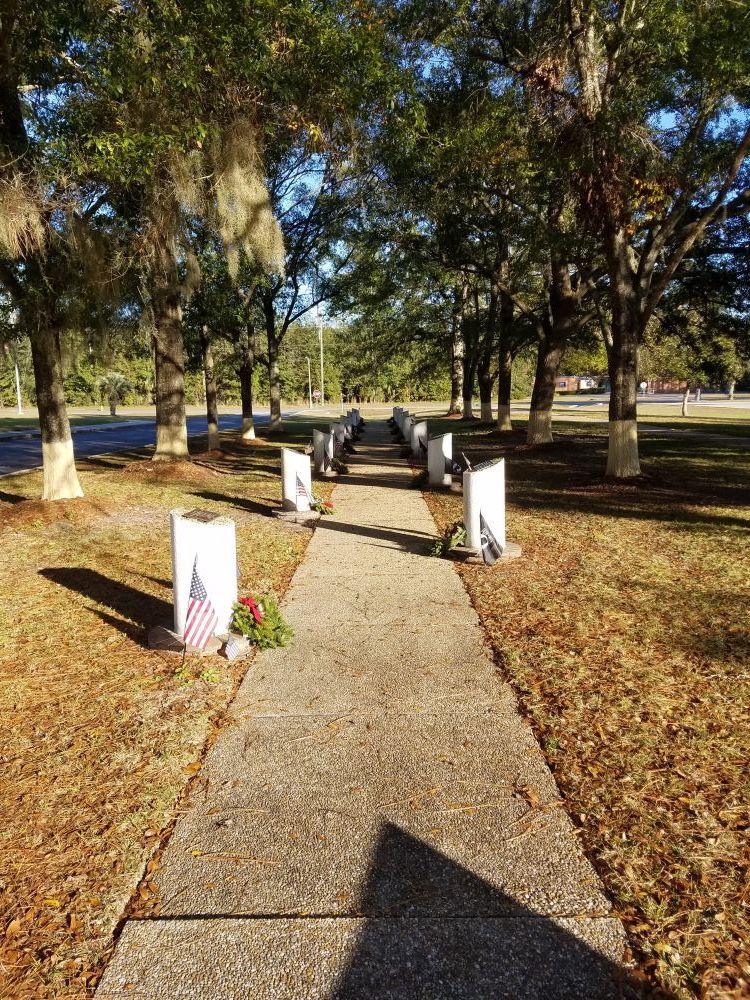 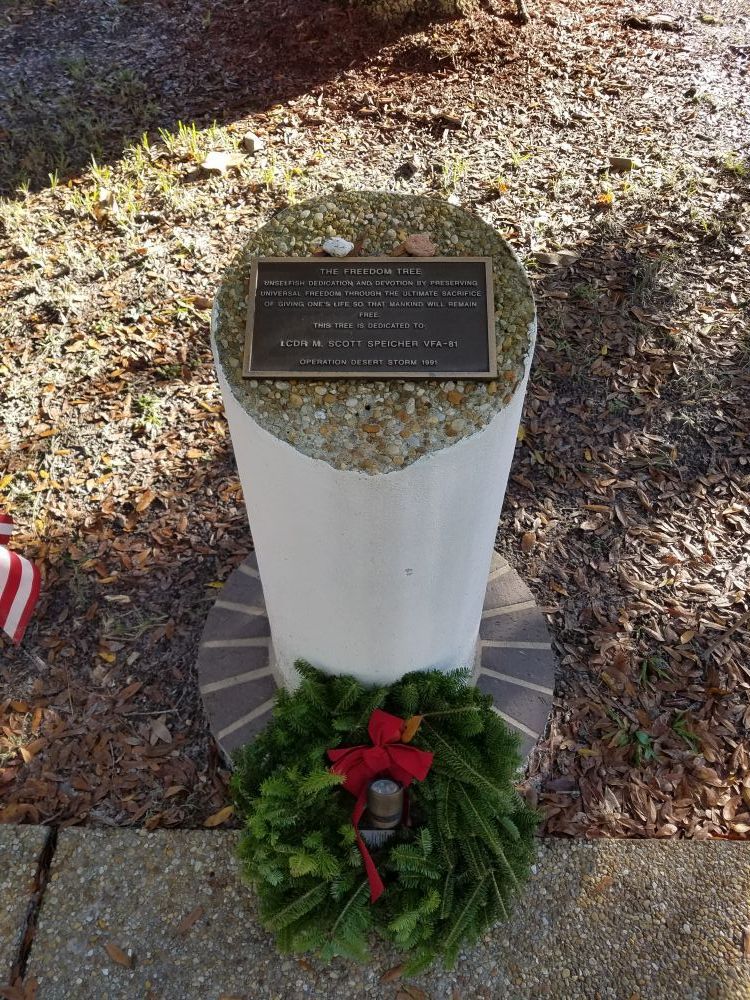 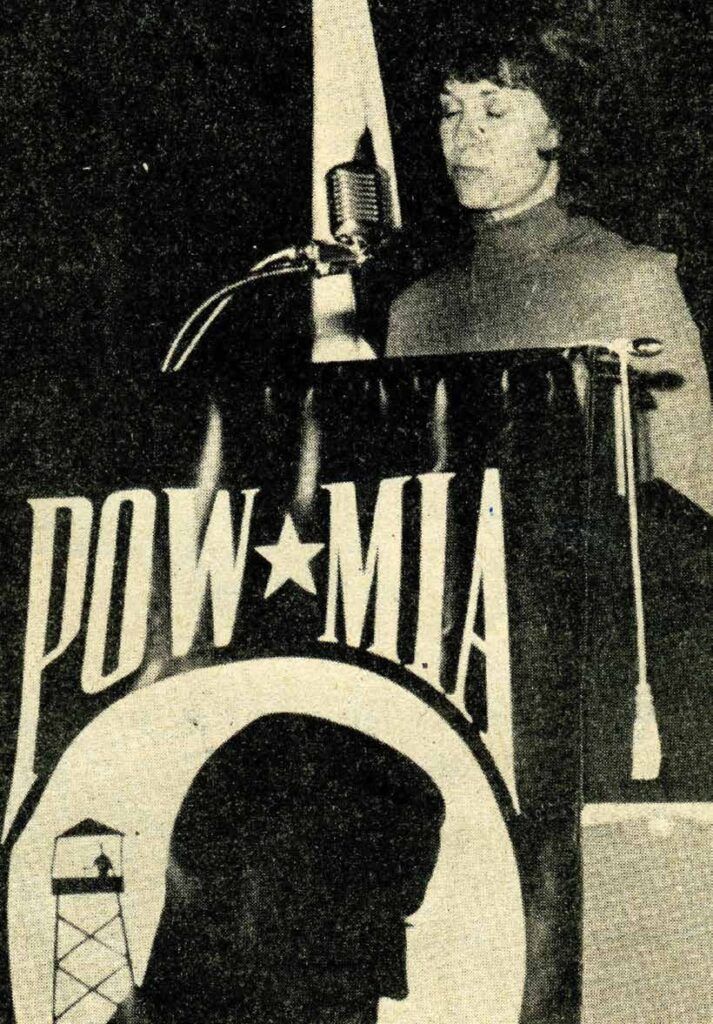 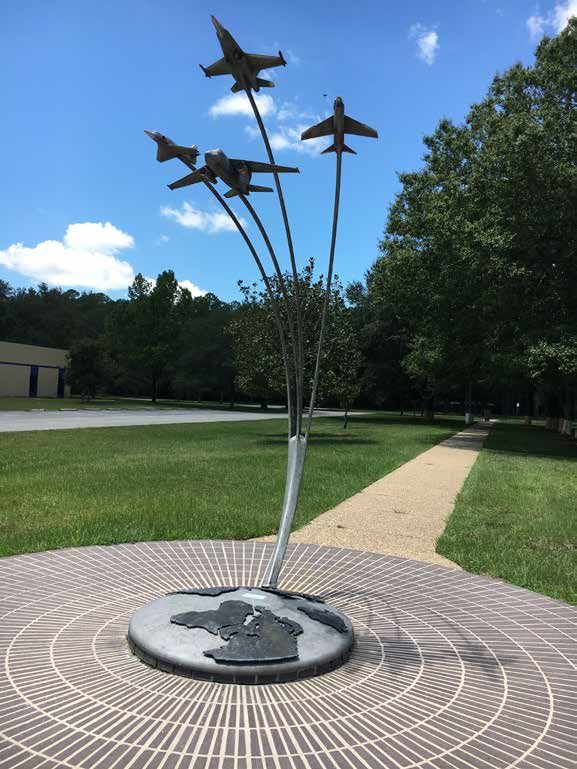