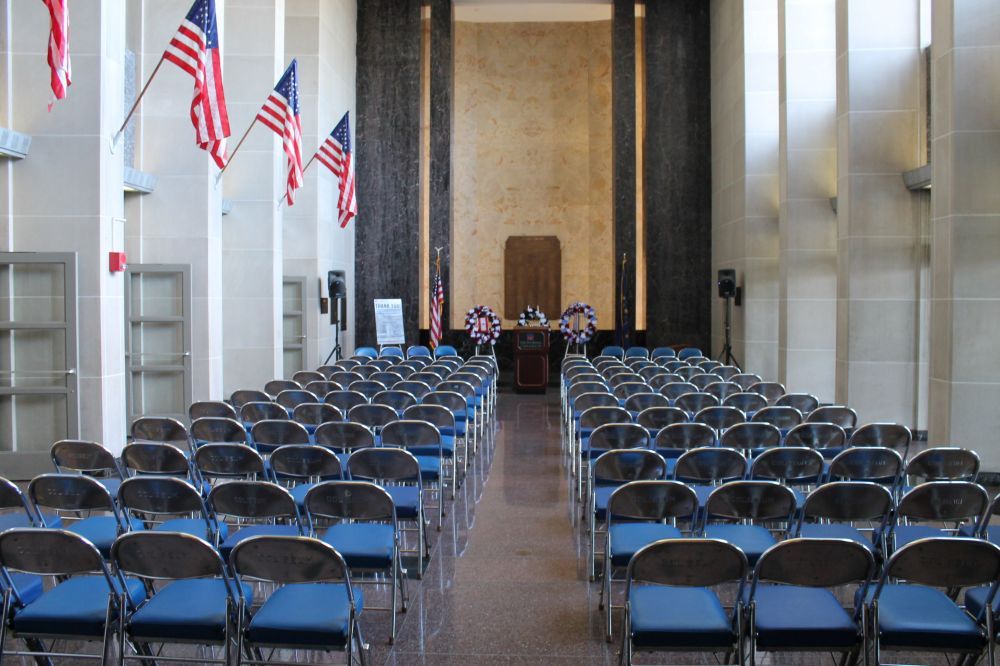 The Memorial Hall is located at the Allen County War Memorial Coliseum in Fort Wayne, Indiana. The hall served as the original entrance, located on the northwest corner of the building. The hall contains bronze plaques honoring fallen soldiers from Allen County. The plaques honor soldiers who gave their lives in the following wars: WWI, WWII, Vietnam War, Korean War, Persian Gulf War and American Civil War. Each year, the coliseum hosts events honoring those who fought for our country in conjunction with Memorial Day, Veterans Day and Pearl Harbor Day. Details from the Historical Record: "In the planning stage special attention was given to the Memorial features of Memorial Hall. Evidence of the special attention was shown as the Memorial Hall was completed. The Hall is finished in four kinds of marble, Renfrew from England, Notre Dame from France, Red Levonto from Italy, and Bois Jourdan from Spain, plus columns of Indiana limestone. Five cast aluminum heads were placed on the exterior of the building above the windows of Memorial Hall. The heads symbolize the Marines, Army, Navy, Air Force and Coast Guard. With the aid of the Allen County Council of Veterans Organizations, the War Department and relatives of the deceased, a list of names of Allen County casualties of World Wars I and II was compiled and printed in the Fort Wayne newspapers for additions and corrections. Bronze memorial plaques were placed on the east and west walls of Memorial Hall. These plaques list the names of the deceased with the following tribute prepared by Rev. George B. Wood, 'This Coliseum is dedicated as a living memorial in honor of these men and women of Allen County who gave their lives in World Wars I and II of our nation so that we might live.'" 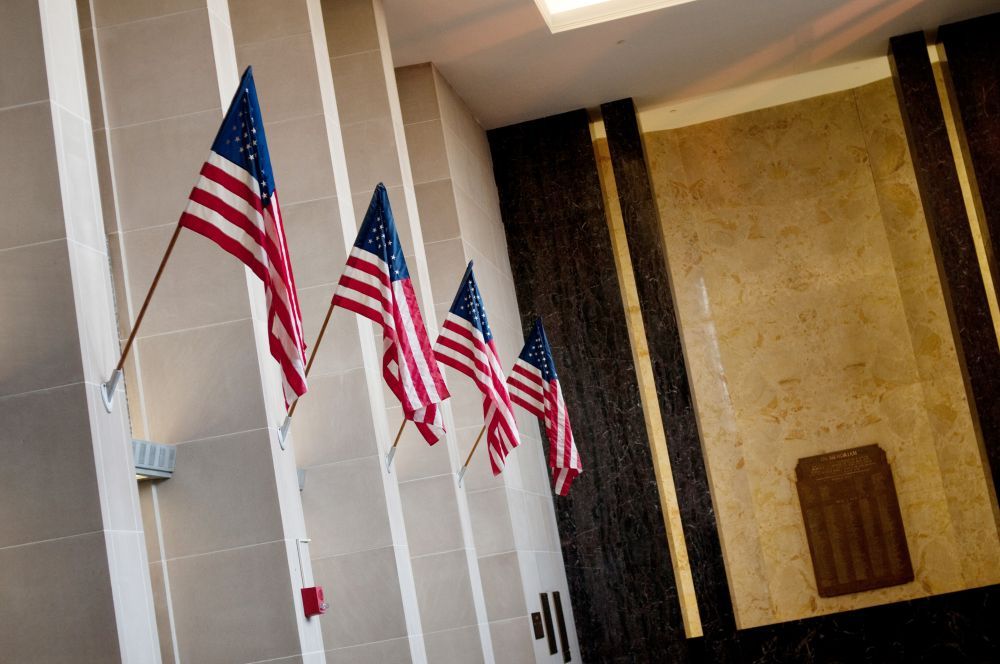 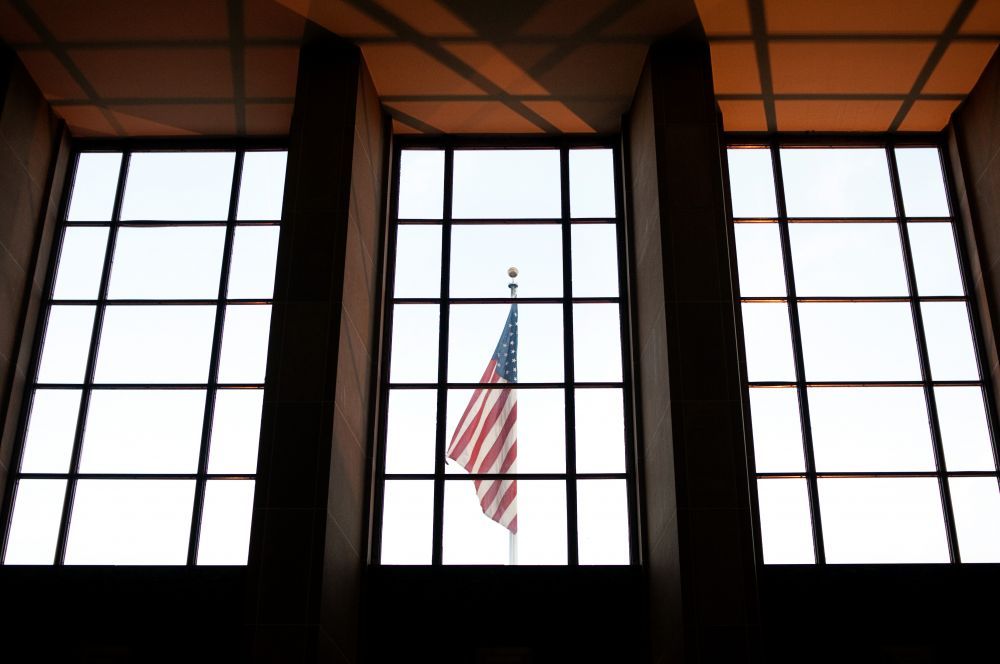 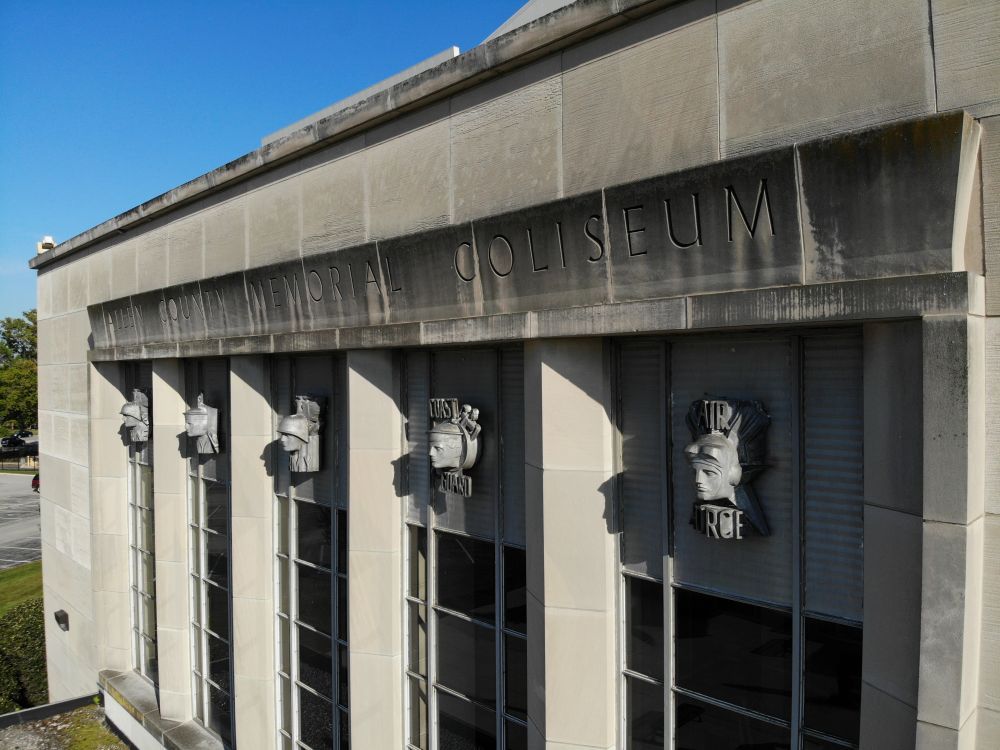