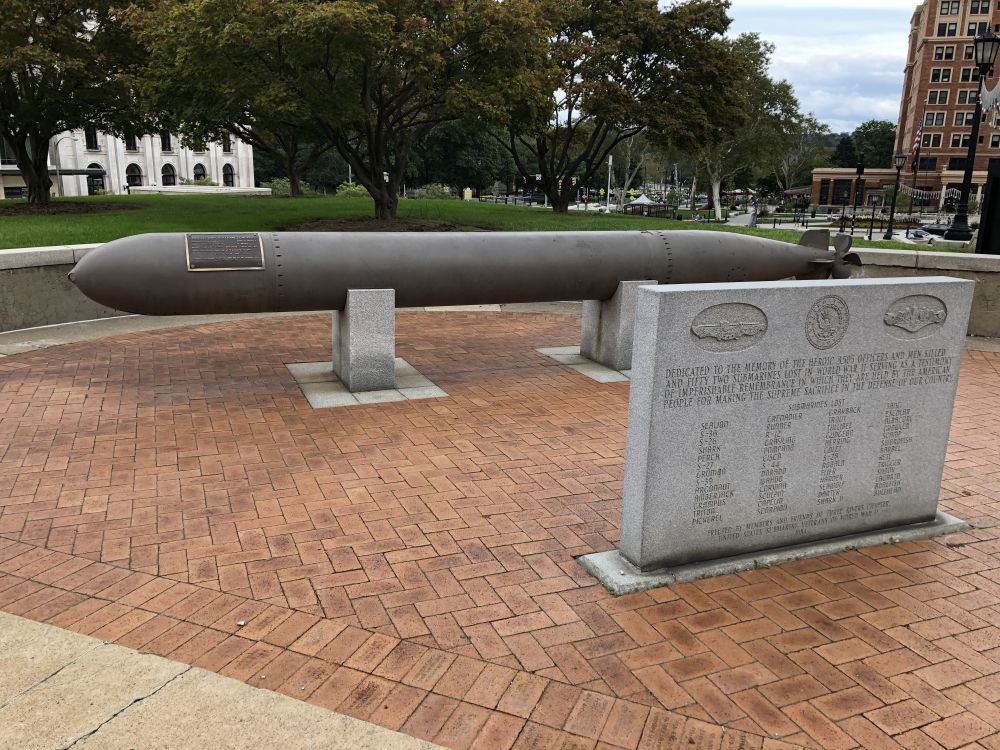 A granite monument honoring the 52 subs and 3,505 officers and enlisted men who perished in World War II Also on display is a torpedo such as would have been used on American subs of that era. It is located on the grounds of Soldiers & Sailors Memorial Hall. The hall was dedicated in 1910 as a tribute to the men of the Union Army. The hall, designed by famed architect Henry Hornbostel in the grand scale of the Beaux Arts style, is on the National Register of Historic Places. 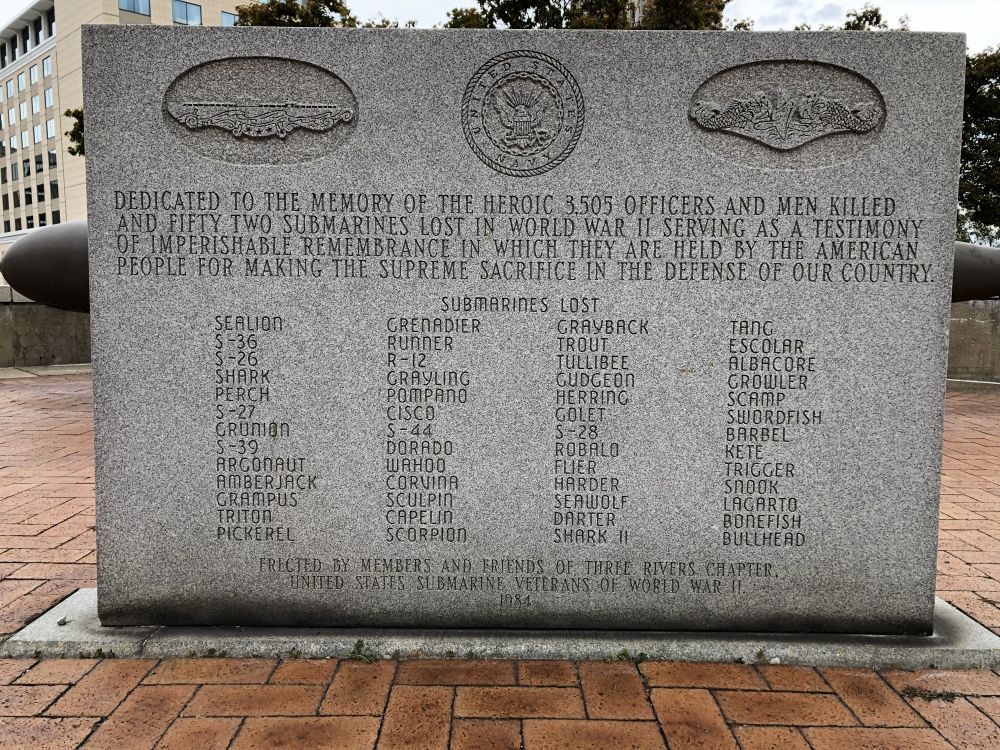 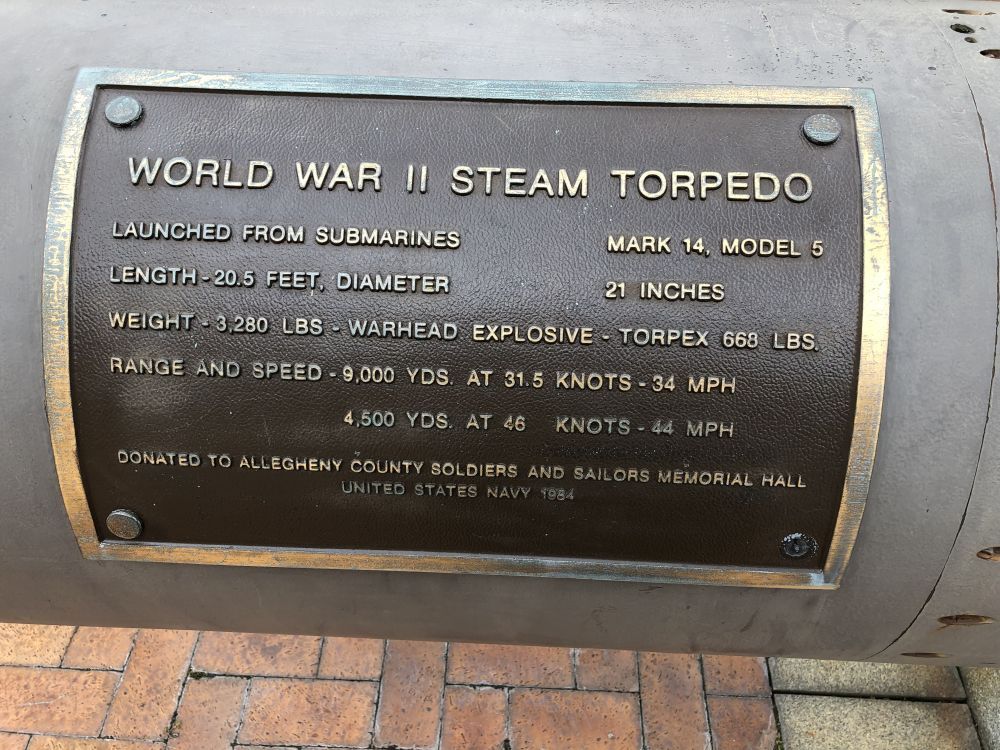 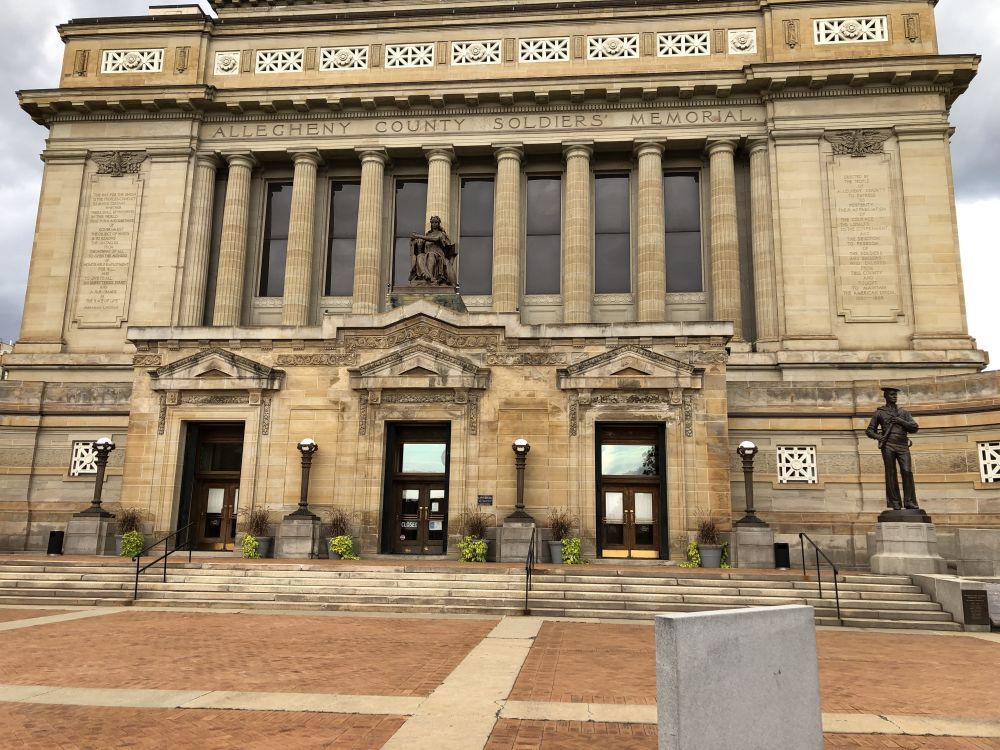