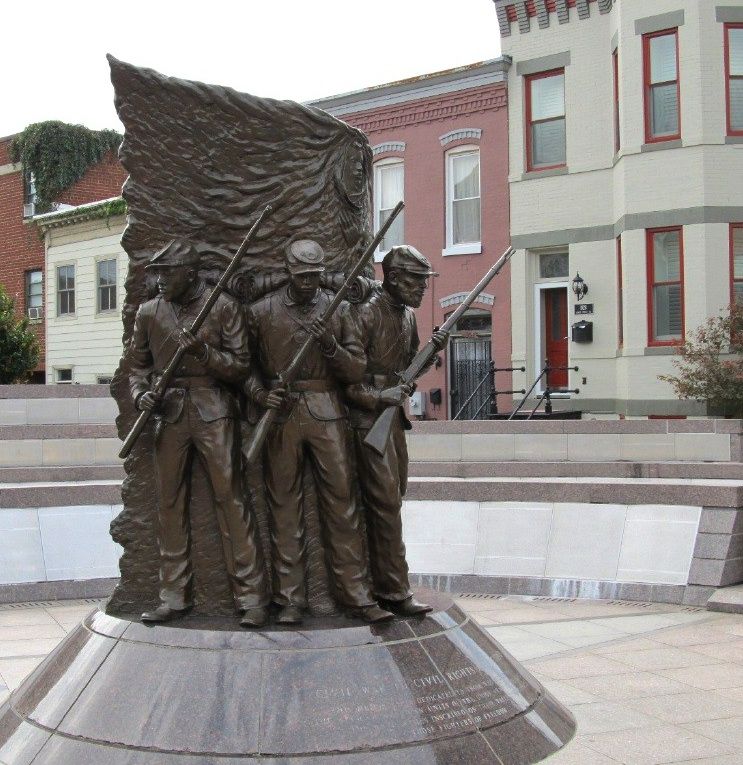 The African-American Civil War Memorial includes a 9-foot bronze statue - The Spirit of Freedom, by Ed Hamilton of Louisville, Ky. - that depicts four black Union soldiers; the fourth figure not visible in the photo is a sailor. Behind the statue are two walls of tablets arranged in a semi-circle. Engraved on the tablets are the names of approximately 200,000 black soldiers arranged by unit. A small museum and gift shop is located across the street. The mission of the memorial and accompanying African-American Civil War Museum is to correct a great wrong in history that largely ignored the enormous contributions of the 209,145 members of the United States Colored Troops. It tells the stories and preserves for posterity the historic roles those brave men of African descent, about 7,000 white European and 2,145 Hispanic soldiers, together with the approximate 20,000 unsegregated Navy sailors, played who fought for the Union in the American Civil War, mostly among the 175 regiments of United States Colored Troops, which played a role in ending slavery and keeping America united under one flag. It was transferred to the National Park Service (NPS) on October 27, 2004. The National Mall and Memorial Parks office of the NPS now manages the site.