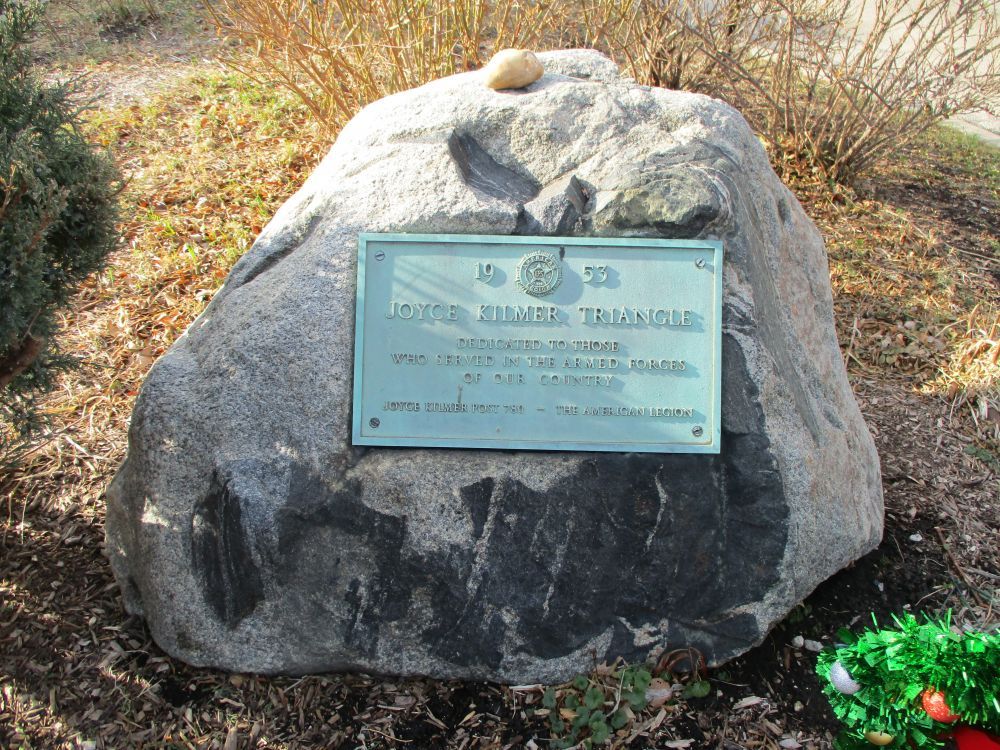 Named for Sgt. Joyce Kilmer, killed during World War I and a noted poet. If Kilmer had survived the war, he would have likely been remembered as being part of the Lost Generation of writers, such as Ernest Hemingway, F. Scott Fitzgerald and others. Hemingway and Fitzgerald both served in that war, though Fitzgerald's unit did not ship overseas. There are a number of Kilmer memorials around the United States.