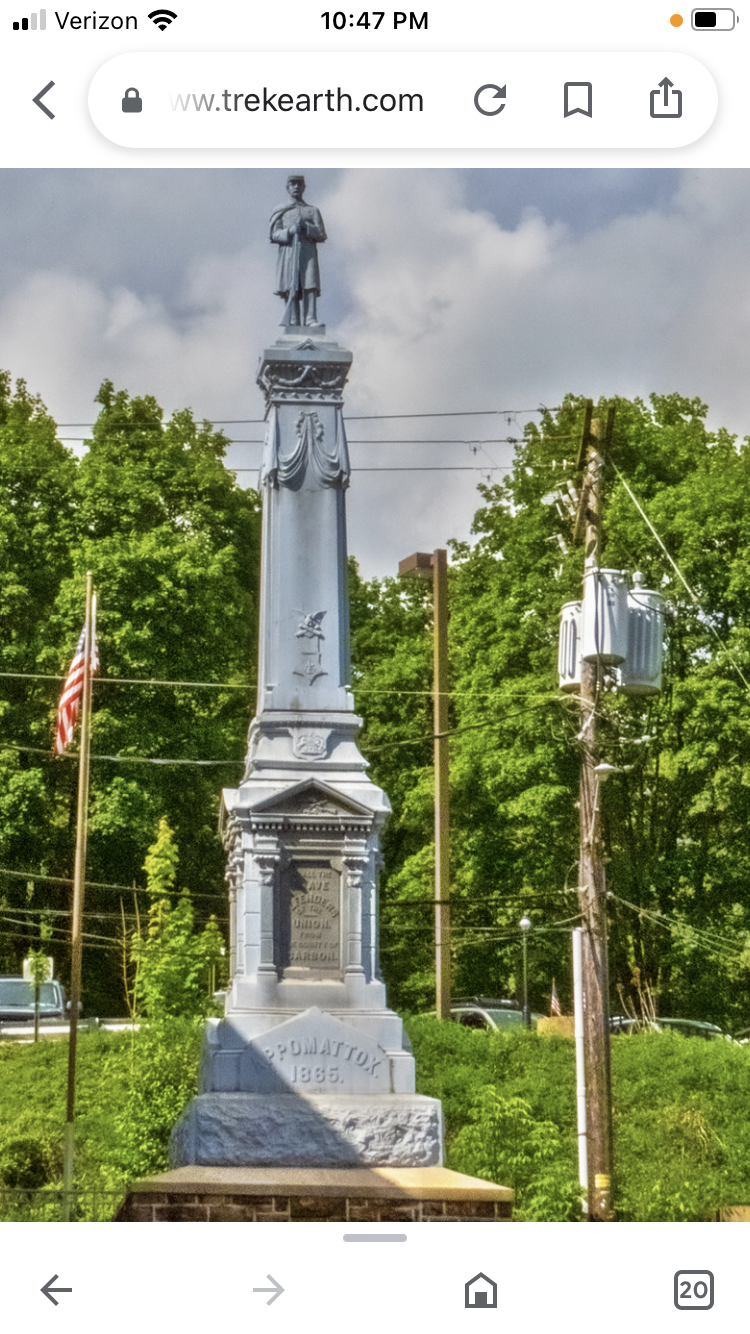 Built to honor those who served in the American Revolution, War of 1812, Mexican War and Civil War. It uses a common design motif of the 19th century: a statue of a soldier mounted on a very high base. In this example, it is a 6-foot 3-inch white bronze soldier of the Civil War on a concrete base.

Susquehanna Street near Packer Hill Road, Jim Thorpe, PA 18229 In 1954, the towns of Mauch Chunk and East Mauch Chunk merged and instead of using a previous name, took the name of the great Native American Olympic athlete Jim Thorpe, who is buried in this town. 40 Degrees 51.832 North 75 Degrees 44’ 27” West 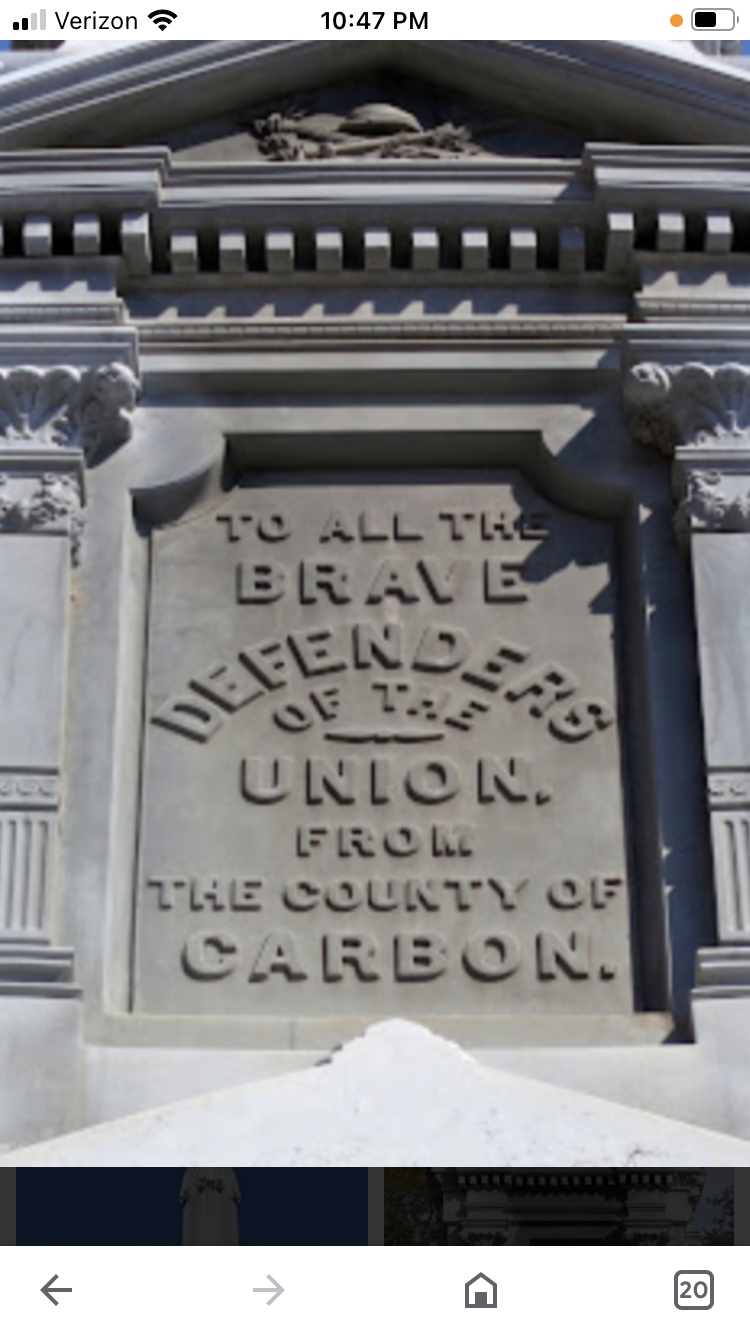