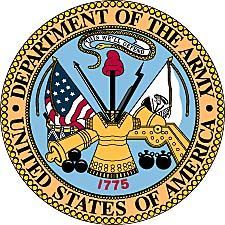 Curtis Maynard Linder, 89, of Duluth, died on May 13, 2019. He was born on the family farm in Meadowlands, Minn., to Olaf and Tekla Linder, where he first learned to operate machinery. He joined the Army, and after a tractor scraper course at Fort Leonard Wood served his time in the Korean War operating heavy machinery. Curtis was proud of his time spent in Korea. Upon returning, he worked construction, found the love of his life, Elaine, then joined A. Hedenberg & Co. as an operating engineer, Local 49, until he retired. As a retirement present, Elaine presented Curtis with an awesome scrapbook of every construction project he had worked on.
Curtis loved the outdoors, was an innovator and an improviser. It has been said that there wasn't anything he couldn't fix. He responded to many calls to fix things for others. He was fun, with a deadpan sense of humor. He was devoted to Elaine during their 63 years of marriage. He was a longtime member and supporter of Lester Park United Methodist Church. He loved socializing with friends via his retirement group, his Portman coffee group and the VFW. He was an amazingly tough guy, seemingly impervious to pain. He fought his health battles valiantly, defying the odds for multiple diagnoses for imminent death.
Curtis was a member of American Legion Post 109.
Curtis is survived by his wife Elaine Linder, children: Amy Deick (Jan Deick), James Linder (Linda Laiti Linder), Pamela Griggs (Toby Griggs), Judy Rock (Martin Rock), grandchildren: Nicholas Deick, Sophie Deick, Zachary Linder, Ben Kohlhaas, Alex Kohlhaas, Nathan Rock, Carter Rock, great0grandchild Liam Deick, and sister Alice Liljegren.