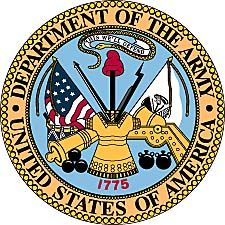 Rochelle Park - Raymond J. Murphy, beloved father and grandfather, adored brother and uncle, and treasured friend, passed away with his loving daughter by his side on the evening of Thursday, June 27, 2019. He was 94 years old.
For over 60 years, Ray was a proud member of the Rochelle Park community and a devoted parishioner of Sacred Heart Church. Throughout his life, Ray loved and genuinely enjoyed people. He had a gift for developing a special connection with every person he met, and talking to him for a few minutes would often result in a lifelong friendship. Ray touched countless lives through his good humor, kindness and volunteerism, and he was adored by his family and friends for his abundant love.
Ray was born on December 19, 1924. The son of Daniel and Sophia Murphy, he grew up with his five brothers and sister in Jersey City. Throughout his life, family was his pillar, and he was blessed to be very close with all of his siblings.
In his early 20s, Ray met the love of his life, Marie Mathis, while working at Loew's Theater in Jersey City, and their love story was one for the ages. Ray and Marie were married on January 24, 1953, and they spent 48 wonderful years together until Marie's passing in 2001. Their daughter Maryanne was born in 1954, and she was the light of both of their lives.
Ray proudly served his country in the Army during the Korean War. He graduated from St. Peter's College and spent many years as a teacher and administrator in various school districts, including St. Cecilia High School, Palisades Park, Wood Ridge, and Ridgewood. Ray retired as the director of the Community School in Ridgewood in 1986.
He served on the Rochelle Park Town Council and was the police commissioner in the 1960s. Ray was a member of American Legion Post 170, the Knights of Columbus and the Holy Name Society, and he was delighted when he was named a grand marshal of the Rochelle Park Memorial Day Parade.
A devout Catholic who held a deep belief in God's grace, Ray was a member of the Sacred Heart parish community in Rochelle Park for decades, and he made countless friends through his daily attendance of mass and service as a lector and eucharistic minister. Ray coordinated monthly Adoration at Sacred Heart for many years and was dedicated to bringing communion to local parishioners in their homes and in the hospital. Ray loved God with all of his heart, and this was most visible through his love of helping people. He believed in the power of prayer.
Having taught mathematics for many years, Ray always retained a love of numbers and enjoyed completing crossword puzzles. Never one to turn down a good debate or spirited conversation, Ray was known within his family for his quick wit and talent for puns and telling jokes. These conversations were especially adored by his two grandchildren, for whom, like many, he was an indelible source of joy and a model for how to live a good life.
Ray is survived by his loving daughter Maryanne and her husband Jim, beloved grandson Christopher and cherished granddaughter Katie, who were the lights of his life, dear brother John and wife Melica, wonderful sisters-in-law Mary, Jean, and Joan, and many cousins, nieces, nephews, grandnieces and grandnephews. He is predeceased by his wife Marie, parents Daniel and Sophia, brothers Dick, Vin, Dan and Jerry, and sister Ronnie.
In lieu of flowers, memorial contributions in Ray's memory may be made to the Sisters of Charity of Saint Elizabeth at P.O. Box 476, Convent Station, NJ 07960.