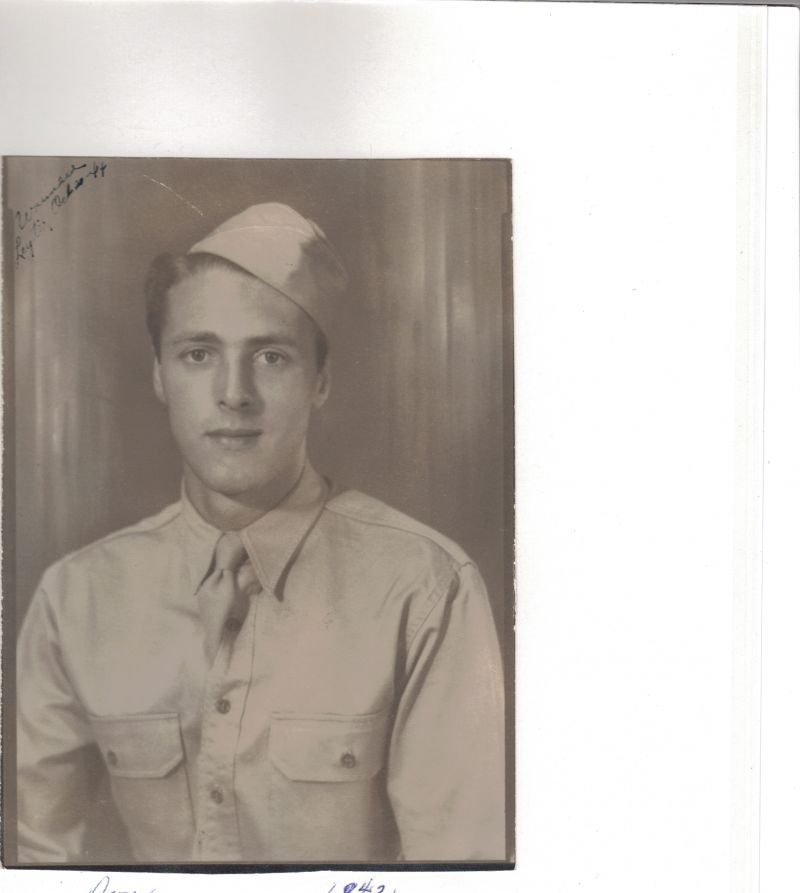 Donald “Don” Erwin, age 97 of Munster, Ind., passed away peacefully on Friday, July 26, 2019. Don is survived by his two sons, Tom Erwin and Don (Linda) Erwin, three grandchildren, Noell (Quenton) Healy, Brent Erwin and Sara Erwin; five great-grandchildren, Samantha Erwin, Piper Healy, Brendan Schultz, Devin Erwin and Braeden Healy; half-brothers and sisters; nieces and nephews. He was preceded in death by his loving wife Ruth.
Don was a staff sergeant in the Army during WWII and was blinded in battle. He received many medals and recognitions for his bravery and courage, including the Bronze Star and Purple Heart. In 1945 he returned to Indiana to marry his sweetheart and start a family. He worked as a laborer at EI DuPont for 32 years. After retirement he volunteered at the Hammond YMCA for over 20 years. He enjoyed traveling, cheering on the Bears and Cubs and being with his family. The world was a better place with him in it. He was loved by many. He was a member of Post 777.
Final resting with military honors at Chapel Lawn Cemetery, Schererville.