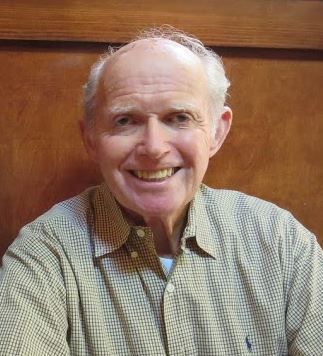 Dr. Richard A. Phillips, lifelong resident of Centralia, passed away July 31, 2019. Dick was born in Centralia November 25, 1928 to Dr. Elmer and Gertrude Phillips. He and his brother, Bob, grew up in a home on Hill-Kress Avenue. Dick spent his childhood playing around the historic district of Centralia, including visits to the pool hall of the Olympic Club. He started playing golf around age 10 at the Centralia Elks Course up on the hill. Dick became a fine golfer, and won several club championships at both the Elks Golf Course and Riverside. During WWII, he had a part-time job working for a Boeing sub-contractor and also dug graves at Mountain View Cemetery.

Dick graduated from Centralia High School in 1946. He then went on to Centralia College to prepare him for dental school, following in his father’s and brother’s footsteps. Upon graduation from Centralia College, he was accepted to the University of Oregon Dental School in Portland. After graduation, he enlisted in the Navy and was assigned to Camp Pendleton in the Marine Corps. After basic training, he served in the Korean War in a medical group as a dentist. As an officer, he had a front row seat at a Marilyn Monroe performance, and was in a photograph featured in Life magazine. Dick was a proud veteran. His wonderful neighbor, Anil Puri, took him to visit the Korean War Memorial in Washington D.C. last July. It was one of the highlights of his life. He was a member of Post 17 in Centralia.

After returning from military duty, he came back to Centralia to begin his dental practice. He eventually bought property at W. First and Harrison Ave. with his father and built a new dental building. He practiced there until he retired.

Dick married Jean Johnson, and had a long and happy marriage. They purchased a home on Plummer Lake, where they loved feeding the ducks every day. They enjoyed playing golf as a couple, attending theatre performances in Seattle and vacationing in Palm Springs in the winter. Jean passed away in 2009.

Dick is survived by his sister-in-law Charlotte, his nephews Dean (Susan) and Gary, and his great nephews John (Alicia) and Ryan.