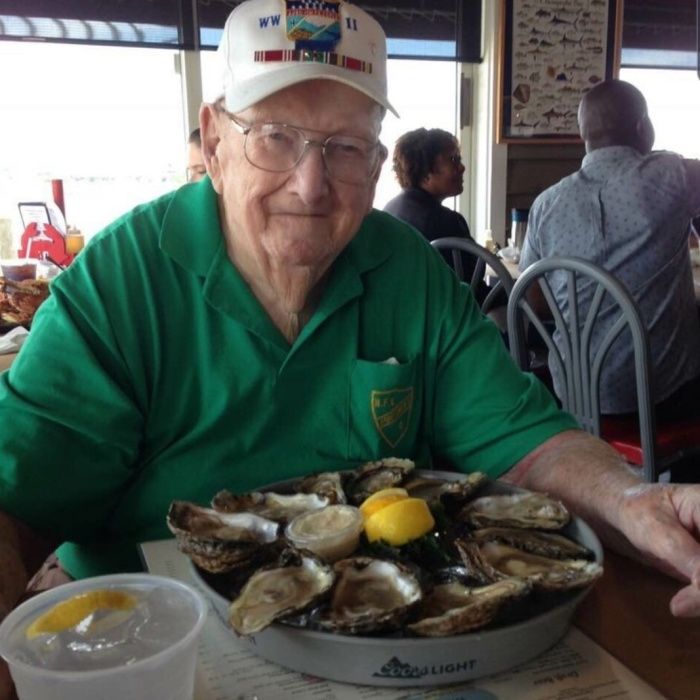 Herman was born on Aug. 29, 1921, to Pearl and Herman Bullinger in Baltimore. He served in the US Army Air Corps during World War II as a radio operator with the 85th Squadron of the 437th Troop Carrier Group. He flew over 80 missions and was awarded the Air Medal for heroism while participating in flight operations. He often told stories of World War II and would reminisce about missions he flew. The most significant was on D-Day. The night before the invasion, his group’s mission was to fly and drop paratroopers behind enemy lines. As they flew back to the coastline they witnessed the most famous fight in history (D-Day). Fighter planes, boats, men running to the beach - what an amazing sight that must have been. His squadron continued flying that day dropping more paratroopers, escorting gliders and dropping supplies.
When his time in the Army was up, he returned to Baltimore and married Angeline Steinman on January 17, 1946. They raised two children, have three grandchildren and nine great-grandchildren.

Herman is a retired Baltimore City police officer, spending 30 years on the force. He worked in many areas over the years, however his very favorite was on a motorcycle. He loved that assignment and loved riding a motorcycle.

He enjoyed hunting, fishing and bowling, and the fellowship of friends in the Sportsmen’s Club. His favorite sport was competition pistol shooting. He was the captain of the #2 Baltimore City Police Team. They traveled all over Maryland, Virginia and Florida competing against other police teams, military teams and federal agency teams. He was a member of Dewey Lowman Post 109 in Baltimore.