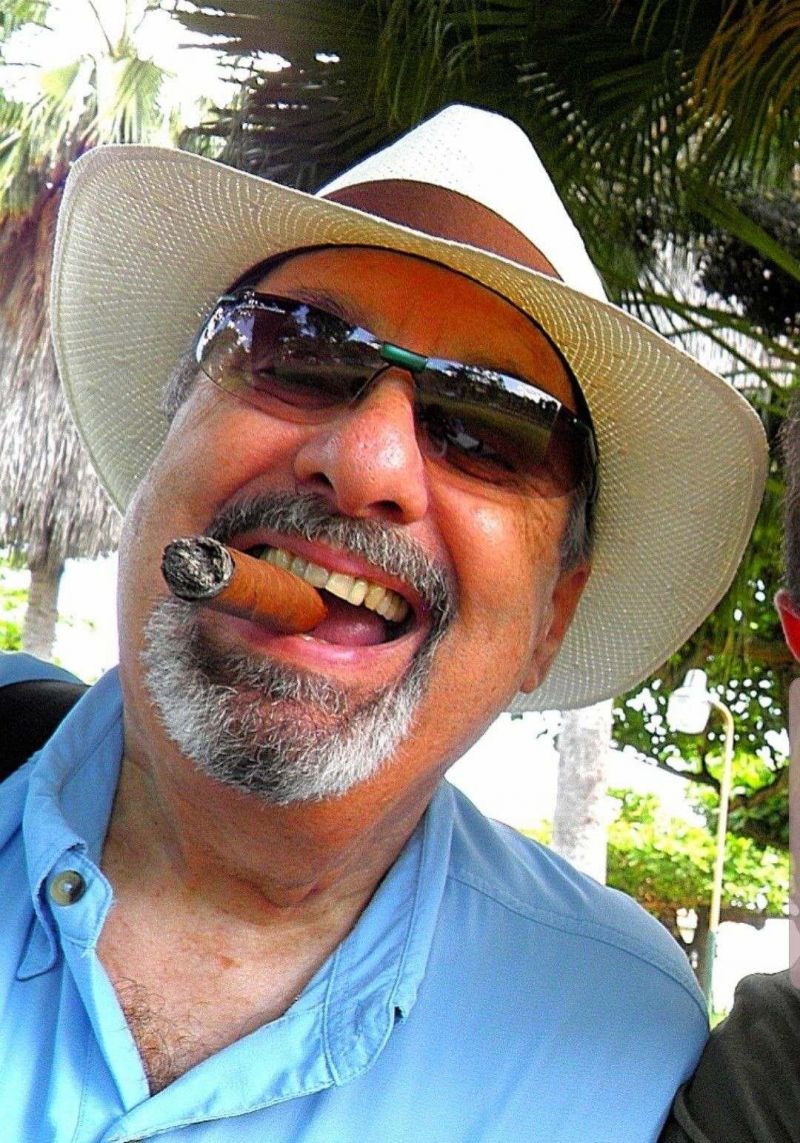 Philip R. Spada, 77, of Glendale, Calif., died of lung cancer on Wednesday, October 30, 2019, at the City of Hope National Medical Center, with his wife Francine and his daughters Katherine and Alexandra by his side.
Philip was born in Ulster County, N.Y., the son of Frank and Vera (Waruch) Spada, where children had to walk to school uphill both ways, often in the snow. With only one pair of boots between them, Phil and his brothers Frank and Richard would make the trek with their arms around each other’s shoulders, in a synchronized hop so that no stocking feet would touch the ground. He attended Pratt Institute in Brooklyn, where he earned a Bachelor of Science degree in food science and management before enlisting in the U.S. Air Force. Subsequently, he moved to Florida to work as a salesperson for the Carnation Company, before fulfilling his dream of moving to sunny California, where he lived for the rest of his life. He was a member of Post 127 in Glendale.
As a child, Phil spent a summer pursuing a merit badge in reading from the Boy Scouts, borrowing every adventure novel he could from the library - but was challenged to broaden his interests beyond just one genre. And so he did, living a life that would take him around the world on adventures of his own.
Phil’s love of cooking was evident as a child, when he would spend time in his mother’s kitchen, learning his family’s Ukrainian and Italian recipes. In young adulthood, he found his way into the food business with jobs at a greenhouse, on a milk truck and as a waiter at a Catskills hotel. Years later, he led sales and marketing teams for Keebler, Golden Tiger and Windsor Frozen Foods. But the return to his culinary career came after his years spent in service to the community.
In the 1970s, Phil joined the Los Angeles Police Reserve Corps, where he served a variety of assignments, including Valley Traffic Accident Investigation and the Bomb Squad. He was also the first person in LAPD history to be named Reserve Officer of the Year. He then became an investigator for the L.A. County Medical Examiner-Coroner, where he helped the deceased tell their stories, seeking justice in the resolution of their cases. This was a defining chapter in his life as he embodied a real-life hero like the adventurous crime fighters on the pages in books, complete with a pilot’s license, rappelling from helicopters, and an Alfa Romeo GTV.
Hardly a day went by when Phil wasn’t making someone laugh. He had a wealth of fascinating stories, jokes (both good and so-bad-they’re-good), and correct questions to "Jeopardy!" answers. His knack for making friends wherever he went, paired with his avid traveling, made for convivial chats over coffee, cigars, or single malt scotch with compadres on every continent. This interest in soaking up culture extended to a love of live music, dance, theatre and movies; weeks before his passing, his daughters took him to see The Who at the Hollywood Bowl, where he reminisced about taking his parents to see Johnny Cash play there in the '60s.
Along with his wife and daughters, he is survived by many friends and a large family, including his son, Andrew and his wife Susan; his son, Philip and his wife Ndinda; his sister-in-law Sandra; three grandsons, Garrett, Zachary and Ryan; two godchildren; Armando and Irene; and the immortal Queen (because Freddie Mercury lives forever). He was predeceased by his parents, his brother Frank, and his uncle Mike and aunt Ellen, who were his godparents.
He loved many, and was loved by many; he lived a full life, and shared it with all of us. In keeping with his wishes, no funeral services will be held. Philip was an ardent believer in the importance of education to create a world where girls are afforded equal opportunities in life. Inspired by Malala Yousafzai and her father’s advocacy for girls’ education, it would be a fitting tribute to donate to the Malala Fund in lieu of sending flowers. You can do so at malala.org/donate.
This obituary brought to you by Lucky Strike—unfiltered, two packs a day, from 1959 to 1982. Lucky Strike: it’s toasted!