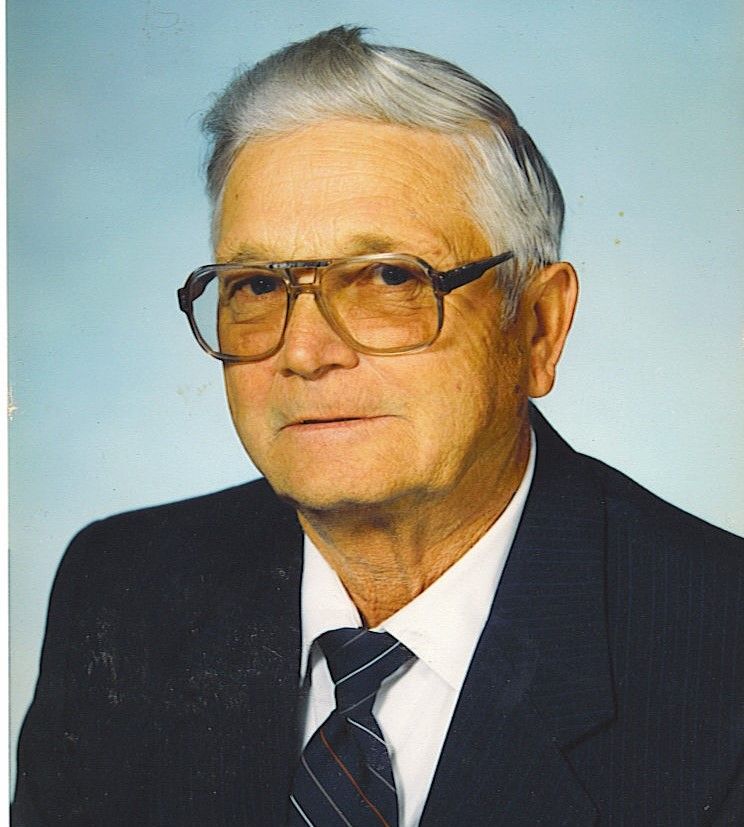 “Shorty” joined the Navy in June 1944 and was sworn in at Omaha, Neb. He was sent to Seattle and then to Farragut, Idaho, to Camp Ward for his training.

He served in the U.S. Navy on USS Lauderdale until February 1946. Lauderdale was a Haskell-class attack transport acquired by the Navy during World War II for the task of transporting troops to and from combat areas. Shorty and his ship participated in the Battle of Okinawa by landing troops and equipment, and then served as receiving ship for uninjured survivors of ships that were damaged or sunk during the protracted, but successful, struggle for American control of the Ryukyu Islands. His ship also served as a detention ship for captured Japanese prisoners of war.

When he returned to his hometown of Milbank, S.D., he did odd jobs around the area until he joined a baling crew. He came to Midland in the winter of 1946 and met his future wife, Annetta “Mickey” Martin. On Feb. 25, 1948, they were united in marriage in Kadoka, S.D. They lived for a short time in Milbank and Huron before permanently settling in Midland, where they welcomed eight children into their home. Five of his eight children also served in the military. He was a member of American Legion Post 143 in Midland.