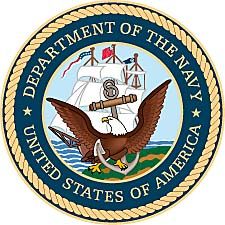 June Rose Regal (Schwartz) passed away suddenly on Thursday evening, Aug. 21. She was 96.
Born in New York City on June 10, 1924, she was a force of nature, serving in WWII as a WAVE in the US Naval Reserve. In the 1940s, she took an interest in antiques and began her celebrated career as one of the dealers selling porcelains for the estate of William Randolph Hearst, the sale that came to be known as The Sale of the Century.
In the mid '50s, she lived in Rome with her husband, a filmwriter, and her newborn daughter Lisa. She loved to tell stories of the dinner parties she would host or attend with celebrity friends who'd moved there during the McCarthy era.
Returning to New York, she became a sales rep for Raymor, a home furnishings company, one of the few women to do so. She also helped to introduce Biedermeier furniture to America through the New York Times.
The '60s also introduced her to the love of her life, Lee Regal. They married and had two sons, Guy and Russell, and moved to Ridgewood, N.J., in 1972 where she began Regal Associates, conducting estate sales and tag sales in the northern New Jersey area. A few years later she opened Regal Antiques in Ho-Ho-Kus. She was active in her business until her passing.
June and her husband were active members of the Unitarian Society of Ridgewood. She was a member of American Legion Post 170 in New Rochelle.
She was an avid reader who never missed a day or page of the New York Times. A true political junkie, a progressive left Democrat, she couldn't wait to cast her vote for the Biden / Harris ticket in November.
In the words of one of her grandchildren, "She was larger than life...one of the most caring, most empathetic, kindest, warmest people ever." She loved life and laughed often.
She leaves behind her grieving family including her daughter Lisa Regal Dodenhoff and her husband Paul, her sons Guy Regal, Russ Regal and his wife Ava, and her grandchildren Corinne, Jacob, Joel, Erin, Lucie, Vivienne and Gigi, her sister Sylvia, nieces Laurie Schwartz and Diana Gould, and many cousins, grand-nieces and nephews, and countless friends.
June epitomized the idea of a life well-lived. She will continue to inspire us all. She will be deeply missed.