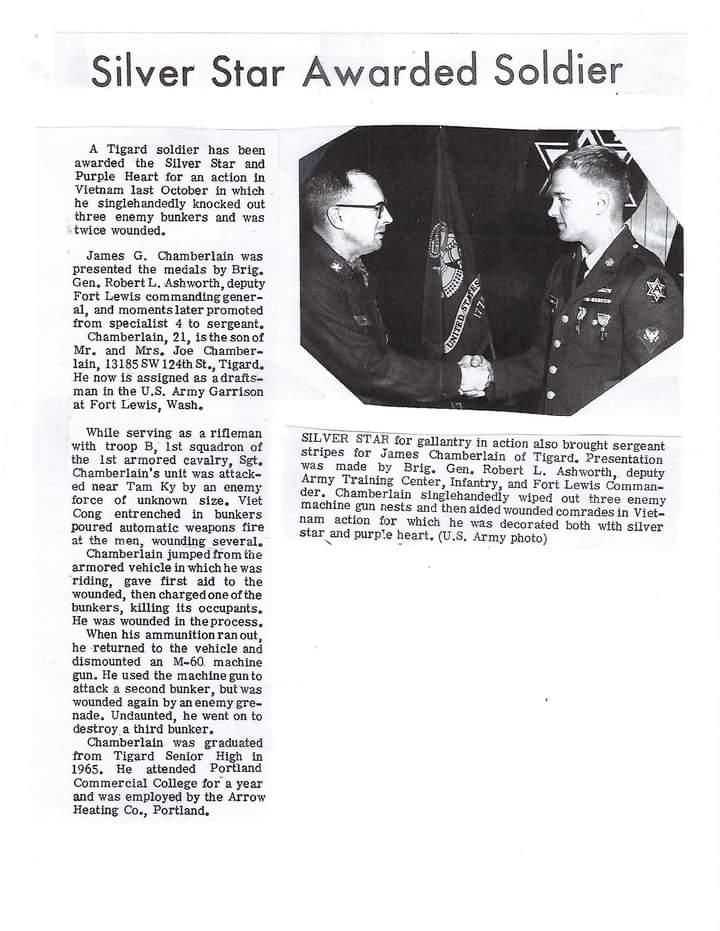 Newspaper clipping from Chamberlain’s hometown of Tigard, Ore.:
“While serving as a rifleman with troop B, 1st squadron of the 1st armored cavalry, Chamberlain’s unit was attacked near Tam Ky by an enemy force of unknown size. Viet Cong entrenched in bunkers poured automatic weapons fire at the men, wounding several. Chamberlain jumped from the armored vehicle in which he was riding, gave first aid to the wounded, then charged one of the bunkers, killing its occupants. He was wounded in the process. When his ammunition ran out, he returned to the vehicle and dismantled an M-60 machine gun. He used the machine gun to attack a second bunker, but was wounded again by an enemy grenade. Undaunted, he went on to destroy a third bunker.”

NOTE: Gary was my anti-litter hero as well. He founded the North Carolina Litter-Free Coalition. “Every state has a litter epidemic, there is no state that is immune to this,” he said in an interview. “It’s a problem that nobody seems to be able to get their arms around.”