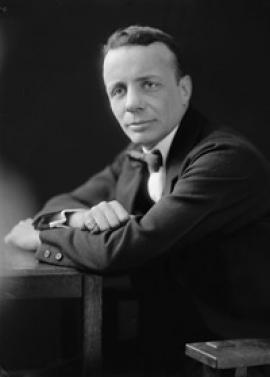 Why wasn’t Teddy Roosevelt, Jr., the first national commander of The American Legion?

Theodore Roosevelt, Jr., is often considered the founder of The American Legion. He rejected that description, once saying, “No one man can claim to be the founder of The American Legion.” At the formative St. Louis Caucus in May 1919, as the organization was taking shape, he was nominated to serve as the Legion’s national leader. He withdrew his name as veterans chanted, “We want Teddy! … We want Roosevelt!”

The son of the 26th U.S. president explained himself and in doing so helped establish a philosophy that still runs through the organization:

“I wish to withdraw my name from nomination for a number of reasons. The first is that I want the country at large to get the correct impression … We are gathered together for a very high purpose. I want every American through the length and breadth of this land to realize that there is not a man in this caucus who is seeking anything for himself, personally, but that he is simply working for the good of the entire situation.”

Roosevelt was content to serve on a number of national Legion committees, including the Committee on Civil Service Preference, the Committee on Distinguished Guests and the National Defense Committee. In 1949, five years after Roosevelt died of a heart attack after coming ashore at Utah Beach on D-Day, he was named a Past National Commander of The American Legion.