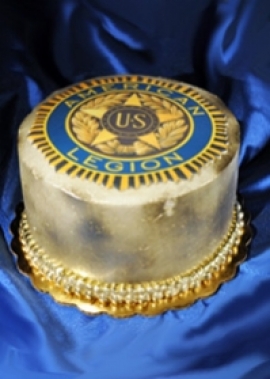 Why does the Legion celebrate its birthday on March 15?

On that date in 1919, the first American Legion caucus, held by members of the American Expeditionary Force, convened in Paris. Much as the birthday of the United States is celebrated on July 4 - for the date in 1776 when patriots declared the independence of the British colonies and birthed the spirit of America - March 15 is the date when The American Legion came to life.

Throughout the organization’s history, local posts across the country have celebrated with festivities that have included the entire community. For the 20th birthday in 1939, Battle Mountain Post 71 in Hot Springs, S.D., brought out a 40-pound birthday cake - two pounds for every year of The American Legion’s history. For the 38th birthday in 1957, Post 214 in Upper Darby, Pa., hosted an entire week’s worth of events as part of American Legion Birthday Week, so proclaimed by the township’s Board of Commissioners. Parties, dances and a two-act play were held at Post 214’s clubhouse.

Some aspects of Legion celebrations have remained mostly the same over the years: for the 91st birthday in 2010, Post 252 in Greenwood, Ind., held its annual dinner, with speakers and entertainment by the Greater Greenwood Community Band. The post-sponsored Boy Scout Troop 621 presents the colors every year, but had a bigger role in 2010. Commemorating the 100th anniversary of Scouting, Post 252 made that year’s party a joint affair with the troop. The national organization can get involved in commemorations, too: for this year’s 93rd birthday, the new American Legion Amateur Radio Club is operating as a special event station, and a committee has already been formed to celebrate the Legion’s 100th birthday in 2019.