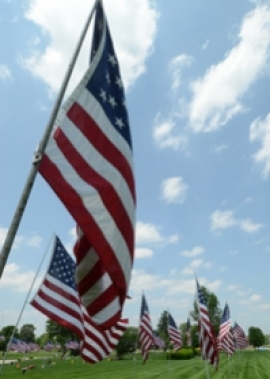 What part did the Legion play in codifying the proper treatment of the U.S. flag?

Appropriate care of and respect for the flag of the United States has been a mission of The American Legion for pretty much its entire history. In June 1923, the Americanism Commission called the first National Flag Conference in Washington. There, representatives from the Legion, Daughters of the American Revolution, the Boy Scouts, Knights of Columbus, the American Library Association, and more than 60 other patriotic, fraternal, civic and military organizations gathered to draw together one standard set of guidelines relating to the flag from the many traditions and variations rampant in the country at that time. President Warren G. Harding addressed attendees. A second National Flag Conference was held in June 1924. After both conferences, the Legion printed and distributed the results nationwide.

Congress made the U.S. Flag Code public law in 1942. Amended several times in the decades since its adoption, the Code is an advisory guide with no penalties built in for violations. That is why the Legion, in seeking today to protect the flag from physical desecration, is advocating an amendment to the U.S. Constitution, which would have more teeth.

The Code covers everything from the flag’s display and proportions to the conduct of those around it. On this Flag Day – and every day – make sure you’re getting it right.

Visit www.legion.org/flag/code to read the Code in its entirety on the Legion’s Flag Advocacy page.