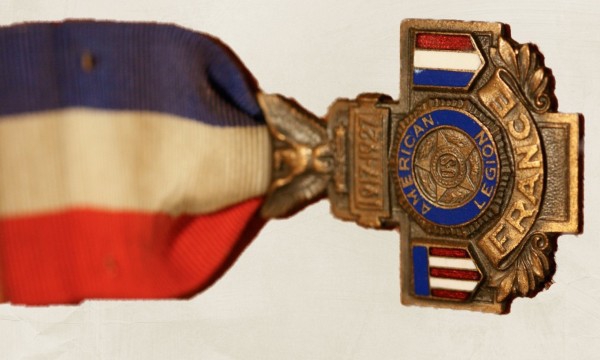 In 1927, the French government invited The American Legion to hold its national convention in Paris. This was the 10th anniversary of the entry of the United States into World War I, and the French government wished to express its gratitude to the U.S. soldiers. As part of the proceedings, a commemorative medal was issued by the Republic of France. Portrayed on the medal on the front are the words "Visite de L'American Legion en France" (Visit of The American Legion to France), the Statue of Liberty, transport ships, the Arc de Triomphe and the eternal flame at the site of France's Tomb of the Unknown. On the medal's reverse are a French veteran in civilian clothing greeting an American veteran in Legion uniform with a scene of peace-time reconstruction and the words "Pour Toujours" (For Ever).