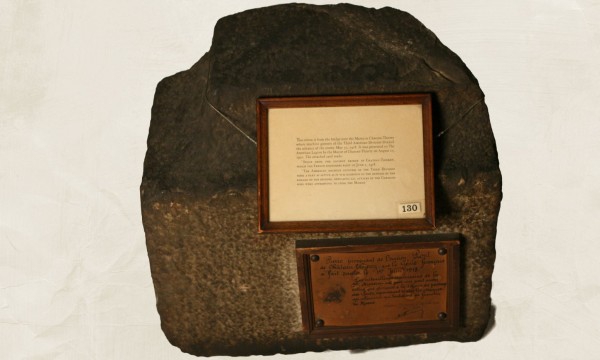 A stone taken from one of the famous bridges over the Marne River at the town of Chateau-Thierry. In May of 1918, the last great German offensive of World War I was launched. After achieving much success, the German forces were preparing to cross the last natural barrier, the Marne River, before reaching Paris. In an intense battle straddling both sides of the river, the American Third Division successfully defended the two bridges (one was blown up as the Germans were crossing) and halted the German push on Paris.