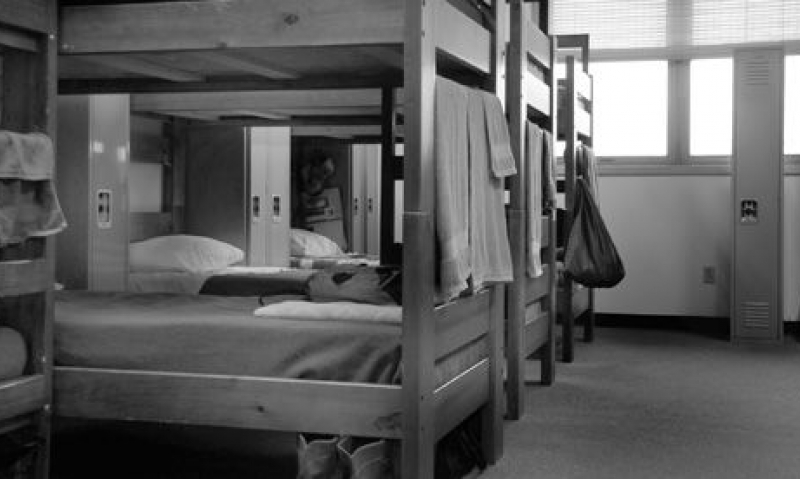 Homeless veterans can find shelter from the cold winter weather inside the Cornerstone Rescue Mission in downtown Rapid City, S.D. The mission aids homeless veterans by giving them the opportunity to regain control of their lives. U.S. Air Force photo

The American Legion is commending Congress for restoring funding that will help provide housing for homeless military veterans. Monies designated for the awarding of housing vouchers for chronically homeless veterans had been threatened by massive spending cuts contained in the embattled fiscal 2011 federal budget.

Originally, budget cuts would have eliminated $75 million in funding for homeless veteran housing. But the final continuing resolution adopted by Congress on April 8 to avert a government shutdown restored $50 million for the program.

“Leaders of both the House and Senate knew it was the right thing to do,” said Mark Walker, deputy director of the Legion’s Economic division. “Obviously, we cannot help homeless veterans without giving them a place to live, so these vouchers are key.”

The voucher program is a collaborative effort between the departments of Housing and Urban Development and Veterans Affairs (VA). Under the program, housing assistance authorizations – called HUD-VASH vouchers – are issued to veterans with serious mental illness, substance abuse problems and other disabilities to aid them in obtaining and maintaining permanent supportive housing.

“Supportive” housing means that appropriate in-house and outpatient medical and emotional treatment, counseling and support is given to each veteran awarded a housing voucher.

To date, 30,000 HUD-VASH vouchers have been allocated. The $50 million contained in the new budget agreement will fund 7,000 more. “That’s a good step forward in financing the 60,000 vouchers we believe we need to end chronic homelessness among veterans,” Walker said.

“It seemed like a very lofty goal at the time,” Walker said. “But with the survival of the HUD-VASH voucher program – and the continuing commitment of HUD, VA and advocates such as The American Legion – the fulfillment of the secretary’s promise seems increasingly more likely.”