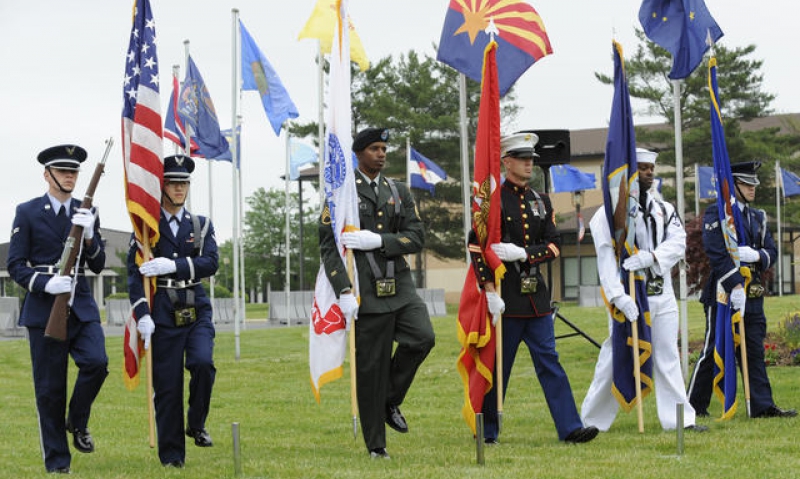 The color of the little red fabric flower that American veterans offer around thousands of towns across the United States holds fast even after people have forgotten the real significance of the crimson blossom - and overlooked the reason for Armed Forces Day, but The American Legion is holding fast to the event's importance with a dinner today.

"Every day for a veteran is a day of remembrance," Illinois Department Commander Richard Groharing said. "We are proud that our national commander has chosen to share this day with us the occasion of the dinner. As we share our memories and recall others who are not with us, we hope that future generations will recognize the importance of acknowledging the sacrifices of our military and continue to carry the message of Armed Forces Day forward."

The poppy is a reminder of those sacrifices. Its history took root on the graves of brave men and women buried in World War I on Flanders Field in France is a vivid reminder of their sacrifice. Although the tradition of veterans transferring the little flowers to the hands of eager little children in exchange for a few coins tossed into a collection stand continues on, understanding how the fiery bloom became associated with the event goes unknown. The poppy was made the official memorial flower of The American Legion in 1920 and The American Legion Auxiliary in 1921; distributing the poppies became an American Legion national program in 1924.

While in the area, Foster will be visiting and touring Naval Station Great Lakes, which is celebrating its centennial. A preferred duty station, the facilities conduct training 24 hours a day, seven days a week and attract the finest sailors in the Navy.

Mark Sides is the Department of Illinois Public Relations chairman.

For a look at the first Armed Forces Day and the reasoning behind it, click here.