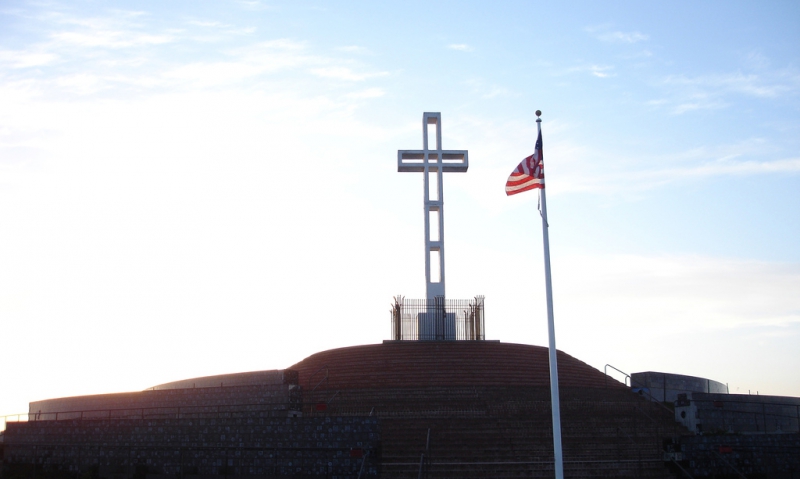 Calling for an end to a lengthy court battle, The American Legion is praising the Mt. Soledad Memorial Association for its recent purchase of land from the Department of Defense in order to preserve a 43-foot cross that was erected in 1954.

“I hope this ends it,” National Commander Michael D. Helm said of the legal case that started in the late 1980s. “Frankly, it shouldn’t have been necessary for the government to sell the land to a private group in order to preserve a memorial that is deeply significant to so many people. The American Legion believes in ‘God and Country.’ Unfortunately, some courts don’t always see it that way.”

“The Liberty Institute has also been a fierce advocate for the memorial, which the Legion has supported through numerous national resolutions,” Helm said.

The ACLU and Jewish War Veterans have sued to have the cross removed because they believe it infringes on their constitutional rights. A 2012 court ruling permitted a cross owned by the National Park Service in the Mojave Desert to be transferred in a private sale to the VFW.

The Mount Soledad cross in La Jolla, Calif., is part of a larger memorial, which includes more than 3,700 plaques honoring veterans of various wars. The land purchase is for the one-half acre plot of land surrounding the memorial.