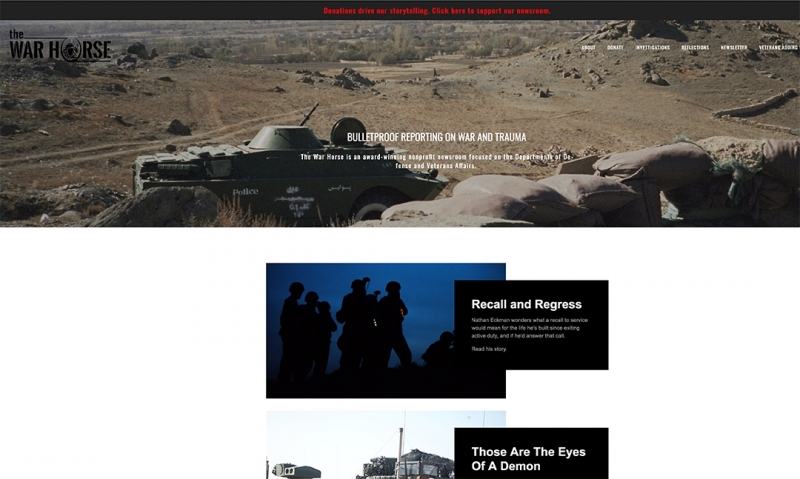 A Twin Cities television news station, a metropolitan newspaper, and an influential online media outlet will receive The American Legion’s Fourth Estate Award during the organization's 100th national convention in Minneapolis on Aug. 30.

The Fourth Estate Award has been presented annually by The American Legion since 1958 for outstanding achievement in the field of journalism. Nominations in 2018 were considered in three categories: broadcast, print and new media (Internet). They were selected by the organization’s Media & Communications Commission on May 8 during the Legion's Spring Meetings.

Taking top honor in the broadcast category is Minneapolis NBC-affiliate KARE. In a comprehensive series titled “Disconnects, Delays & a Pattern of Denial,” the stationed examined the Department of Veterans Affairs handling of emergency claims, organ transplants and delays in its appeals process for disability claims. The series led to greater claims assistance for veterans, exposed previously hidden problems and garnered praise from members of Congress.

The Milwaukee Journal Sentinel is being recognized in the print category for “Mexico blackouts.” The 2017 series went well beyond typical regional reporting by exposing widespread problems with tainted alcohol being served to American tourists in Mexico. The alcohol put travelers at risk for robbery, assault and rape. It has led to at least one known death and possibly more. Undaunted by massive resistance from Mexican authorities and the resort industry, the Journal Sentinel documented the problems with great detail, provided closure to victims and captured the attention of the U.S. State Department.

The Fourth Estate New Media Award is going to The War Horse. In collaboration with the Center for Investigative Reporting’s publication “Reveal,” The War Horse exposed the scandalous “Marines United” private Facebook group. The series prompted a congressional investigation, international headlines and punishments for many military members who exploited female veterans and servicemembers by posting their nude images online without consent. Four pieces of legislation intended to stop the nonconsensual sharing of pornographic imagery have cited The War Horse investigation.

“The American Legion has long recognized the essential role that the media play in contributing to a free society,” said National Commander Denise H. Rohan. “As an organization, we would not be nearly as effective without media coverage of our positions and programs on the national and community level. But these awards are not about us. The Fourth Estate Award winners are being recognized for outstanding works of journalism that not only stand far above normal media reporting, but have also resulted in outcomes that have positively impacted the lives of people and issues. These committed journalists have devoted long, hard hours into investigating, researching, writing and producing reports that have truly made a difference.

“I will be honored to present each of these deserving recipients with our highest recognition of journalistic accomplishment, The American Legion Fourth Estate Award, at our national convention in Minneapolis this summer. They are all credits to their occupation.”