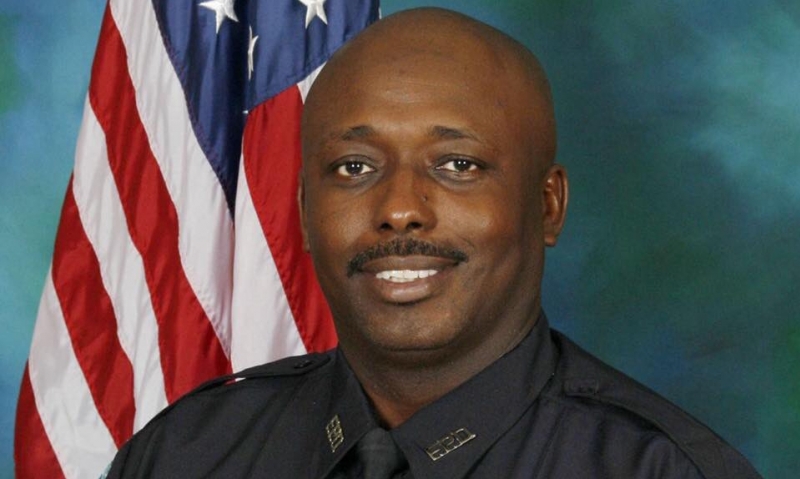 A South Carolina police officer killed in the line of duty last week had ties to The American Legion Boys State program.

Florence (S.C.) Police Sgt. Terrence Carraway, 52, was killed Oct. 3 as he and other city police officers tried to rescue three wounded Florence County deputies who had been shot by Frederick Hopkins, 74. Hopkins faces charges of murder and attempted murder after shooting Carraway and six other officers in the incident, which stemmed from deputies coming to the Hopkins home for a prearranged interview with Hopkins’ son, Seth, 28, who has been charged with second-degree sexual misconduct with a minor.

Carraway’s son, Rashad, attended Palmetto Boys State in 2010 and served as a junior counselor in 2011.

Hundreds attended Carraway’s funeral Monday in Florence, where he was remembered as having “the heart of a giant.”

In a story about the funeral in the Charleston Post and Courier, Florence Mayor Stephen Wukela said, “In a world where it seems sometimes that everyone is angry, Sgt. Terrence Carraway was a peacemaker. To be sure, he was tough. He had a spirit of determination and courage that was on display Wednesday afternoon.”

Carraway had recently been honored for 30 years of service with the Florence Police Department.