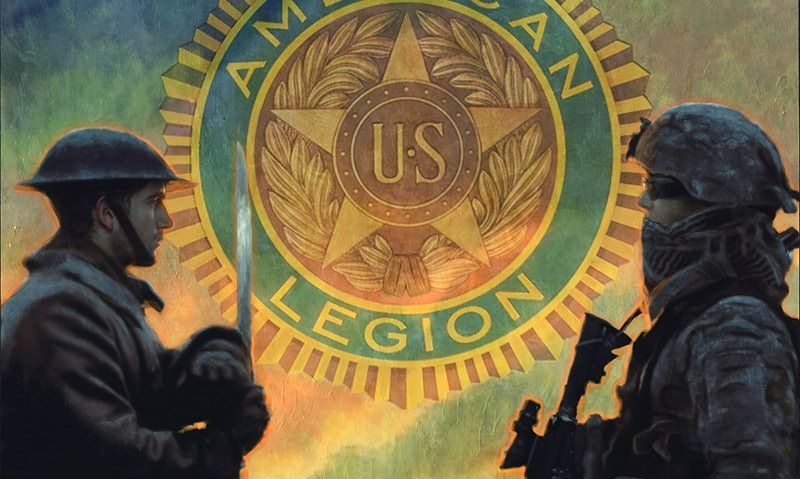 Plans for the national celebration of The American Legion’s 100th anniversary have been in development since 2011. But it wasn’t until 2014 that the first centennial-themed Emblem Sales items were released. Since then – and especially in the last year or two, as the opening of the Centennial Celebration window approached – many have been added; they have their own special section in the newest Emblem Sales catalog.

Today, centennial merchandise can be roughly divided into three categories.

- Pledge of Allegiance print with half dollar

The last category is the newest, and many of its items are designed to be displayed at an American Legion post or public place even after the end of the Centennial Celebration. Fatheads are self-adhesive decals printed on white, super-tough, precision-cut vinyl. They are removable and reusable, and won't damage walls.

The Emblem Sales Division says that as of the end of March 2019, centennial merchandise had brought in just under $650,000; a portion of proceeds go toward American Legion programs. The top sellers are the polo shirt (which has brought in nearly $200,000 by itself); the T-shirt; the challenge coin; the cap; and the lapel tack.

There is still plenty of time to wear your pride in the Legion’s 100th anniversary at department conventions or the national convention, or out and about as the Centennial Celebration rolls on.