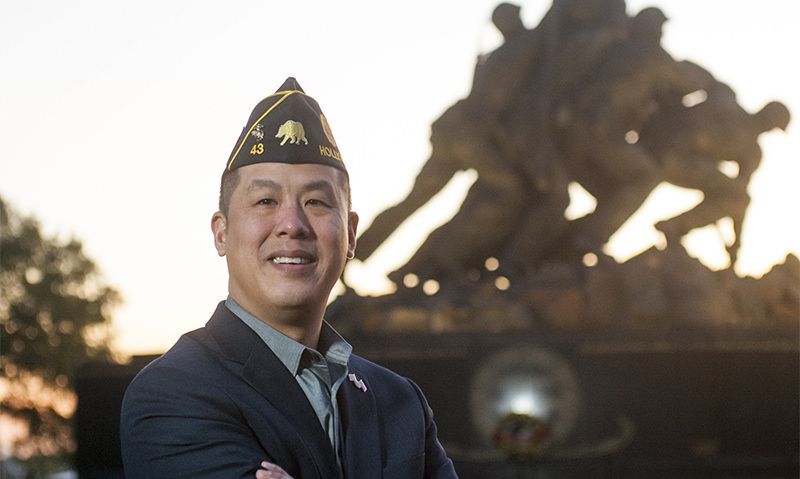 American Legion National Commander James W. “Bill” Oxford announced the appointment of Chanin Nuntavong as the executive director of Government and Veteran Affairs in The American Legion’s Washington D.C. office this week. He previously served as director of the National Veterans Affairs and Rehabilitation Division, and deputy director of Media Relations.

Nuntavong has a long history of service to the country. He joined the U.S. Marine Corps after graduating high school, and retired as a gunnery sergeant with more than 22 years of service.

While serving as a combat correspondent in the public affairs field, Nuntavong supported military assignments around the world including Kuwait, Iraq, Japan, Thailand, South Korea, Australia, Philippines, Guadalcanal and Nepal. Notably, he served in the Pentagon as the official spokesperson and advisor to the 16th, 17th and 18th Sergeants Major of the Marine Corps.

He earned his Bachelor of Science from Liberty University while on active duty. He currently resides in the Washington area with his wife and teenage children.

Oxford believes that Nuntavong is ready for the responsibilities of leading the nation's largest veterans service organization dedicated to the timely and compassionate delivery of benefits earned by U.S. military veterans. “I am pleased to announce the appointment of Chanin to this important position,” Oxford said. “Chanin had a successful career in the Marine Corps, specializing in the communications field. He is also a veteran of the Global War on Terrorism. Communicating with this generation of veterans is extremely important to The American Legion. Those currently serving in the military and those who recently served are the future of our organization.”

Under Nuntavong’s leadership, The American Legion is excited to continue advocating for veterans across the U.S. through diverse programs and member benefits.