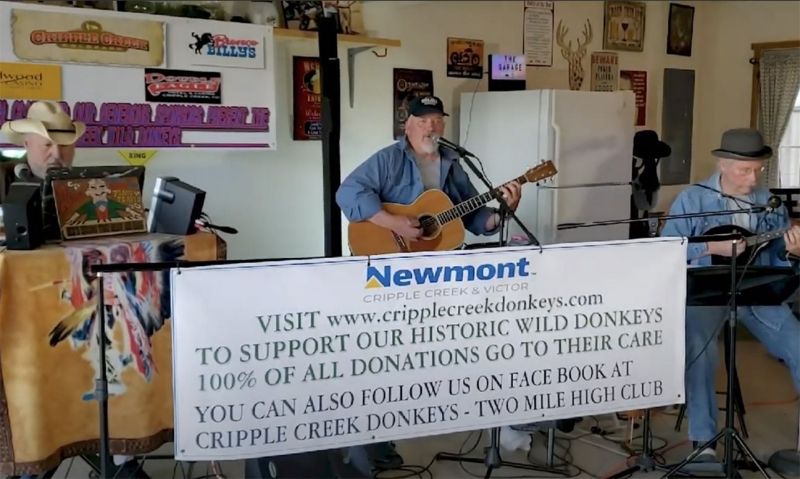 In Cripple Creek, Colo., American Legion members are rallying for the ambassadors of their community, a herd of donkeys.

Up until the late 1920s in Cripple Creek, the gold rush was on. Donkeys played crucial roles, ferrying heavy loads of supplies through narrow trails and up challenging slopes.

But as production in the gold mines came to a halt, employees and the donkeys lost their jobs. The miners looked for work elsewhere. The donkeys headed to the hills.

As a way to bring revenue into Cripple Creek and its neighboring town of Victor, Derby Donkey Days were launched in 1931. The annual fundraising event supports the Two Mile High Club, which is charged with overseeing care for the donkeys.

“They are considered wild animals,” said Curt Sorenson, a former senior vice commander of American Legion Post 171 and president of the Two Mile High Club. “However, we provide shelter, food, veterinary care and all the incidentals that go with that. We’re a small town and we all do double duty. Many members of the Two Mile High Club are also members of The American Legion.”

The club — named after the town’s elevation, which is 9,494 feet — now is trying to replace the funds that would normally be raised in June during Derby Donkey Days. The two-day festival features donkey races, a parade, musical performers and more entertainment that usually draws thousands of people. It has been condensed and tentatively rescheduled for Labor Day Weekend due to the coronavirus.

Sorenson estimates that it takes between $18,000 and $20,000 annually to take care of the 13-donkey herd. “We make most of that during the Derby Donkey Days festival. We are trying to be creative in finding ways to make up for that loss in funding.”

One aspect is a virtual concert, which was recorded last week and has been published on YouTube. The idea is to raise donations when viewers check out the concert.

Among the performers are Legionnaires Larry Meyer and Mark Green, the post historian and club vice president.

Post 171 is perhaps best known for rehabilitating the condemned home of Andrew Smith, a 100 percent disabled Marine Corps veteran and single father of a son who has muscular dystrophy. The post also cleans up veterans burial plots at the local cemetery and contributes to its community in other ways including participation in its major summer celebration.

During the warmer months, the donkeys roam around town. But when cold temperatures set in, the donkeys are treated to an enclosed 20-acre pen with a barn, funded by the Two Mile High Club.

“Donkeys are a big deal in Cripple Creek,” Sorenson said. “I appreciate all of the people who have volunteered for this effort on behalf of the donkeys since our major fundraiser has been downsized, if we’re going to have it at all.”