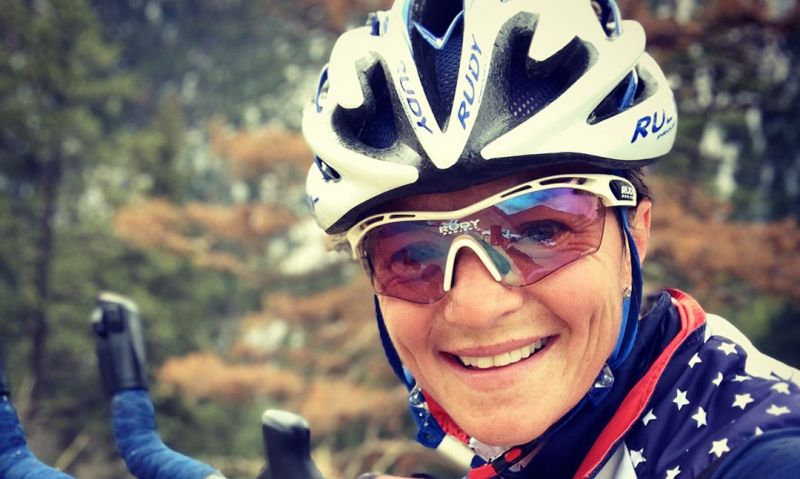 When she served as emcee at The American Legion’s 100th National Convention in Minneapolis two years ago, Melissa Stockwell was looking forward to representing Team USA again at the 2020 Paralympic Games in Tokyo.

Of course, the COVID-19 pandemic shut down those plans.

Even before the Olympic Committee officially postponed this summer’s Olympic Games to 2021, Stockwell saw it coming. She was among athletes at a Florida event in February that was cancelled due to the coronavirus.

“We came back to the Springs and a week later they closed the training center facilities,” she said, referring to the U.S. Olympic Training Center in Colorado Springs, Colo. “At that point, we knew that there was a high probability that the Games would be postponed or cancelled. When we woke up one morning and got the news that they were postponed, it was not that surprising. It was always the right decision because health always comes first.”

Still it was disappointing for Stockwell, who was aiming to return and improve on the bronze medal she won at the 2016 Games.

“It doesn’t change the fact that a lot of us have our lives planned out in quads, every four years,” she said. “A year is not a big deal. For others, it is. I’m 40. I have two kids. And my husband (Brian Tolsma) and I opened a business in Colorado.”

After the 2020 Games, they had planned on Stockwell working at the business more. Now those plans are delayed for a year. Their business, Tolsma-Stockwell Prosthetics, helps fit customized prosthetics to patients. “It was a little daunting and scary at first,” she admitted. “But we’ve seen a good number of veterans as customers. It’s been nice to give back.”

Giving back and honoring veterans is what led her to The American Legion’s convention in 2018. Stockwell treasures the time she spent there. “I always knew how large and respected an organization the Legion is,” she said. “But being there in person and seeing and experiencing it was great. I was proud and honored to be there and to speak there.”

In 2004, Stockwell became the first woman to lose a limb in combat when a roadside bomb detonated near Baghdad, Iraq. She received the Bronze Star and Purple Heart, and spent a year recovering and rehabilitating at Walter Reed Medical Center.

From there, she has been a multiple-time Paratriathlon world champion, and won a bronze medal at the 2016 Rio Paralympics. “Losing a leg didn’t stop me from doing anything in my life,” she said. “I proudly represented my country in two Paralympic Games.”

Stockwell and her family moved to Colorado Springs in early 2019 so she could train at the Olympic Training Center with the goal of returning again to the Paralympics. She won a few World Cup events last year and is looking forward to Tokyo. “The hope is that I will get to the Paralympics but there has not been any qualifying yet.”

The move has helped her improve as an athlete, thanks to a more regular routine, at least before the pandemic, as well as access to nutrition, strength and triathlon-specific coaches.

“Before the coronavirus, every Monday through Friday we’re in the pool from 7:30 to 9 (in the morning),” she said. “The training is now more prioritized. My training was always a priority but now it is more so when you have a team, the coaches and the facilities to use.”

As a triathlete, Stockwell has to spend time working on three disciplines — swimming, biking and running — instead of concentrating on one like most athletes.

“I would say the bike is where I have improved the most since moving out here. I was the least fastest at that one but I have seen the most improvement there. A lot of consistency, time on the bike and being in Colorado and the hills and elevation have all combined to make that happen.”

With the training center closed, the athletes can train on their own. But in-person team bonding has been replaced by Zoom meetups. “We usually spend hours and hours together and we’re missing that team aspect. We do what we can but we’ll be excited when we can get back and see each other more.”

For now, Stockwell continues to train, by running, biking and using her home gym. She will still have to qualify for the Paralympics but she is eager to get back to the Games.

“It will only be a year,” she said. “It will go quick, and it will be worth the wait. But some days it feels like an eternity.”