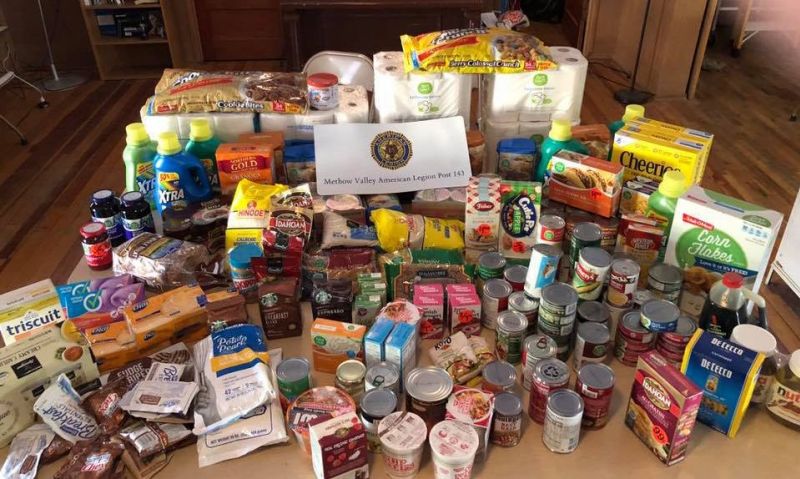 Methow Valley American Legion Post 143 in Twisp, Wash., was coming off an extended period of inactivity when Keith Morden was elected post commander. Morden wanted to change that, but was soon greeted by a pretty big obstacle: a nationwide pandemic. Later into his tenure, the post’s community was impacted by wildfires, including the Cold Creek Fire that encompassed nearly 600 acres.

But sticking with his vision, Morden has helped get Post 143 more involved in its community. That includes a recent food drive that benefitted both a local food bank and victims of the Cold Creek Fire.

“I’m trying to interact with the community and build a better reputation than we’ve had,” said Morden, who joined The American Legion in 2019 and already had served as the post’s first vice commander before being elected commander this year. “I thought this would be a good beginning. We’ve recently had not only the COVID, which has affected all the jobs in the area and has created a real drain on the system, but we’ve also had some pretty major fires that have taken out entire towns here in the county.

“(In the military), we’ve always been told you work around things,” Morden said. “If something is happening that you can’t do anything about, you work around the situation. As a veteran, it’s my responsibility to help the community. And those that I represent in the post have the same feelings. It’s something that we need to do.”

On Sept. 17, from 9 a.m.-5 p.m., Post 143 set up no-contact drop-off locations at both the post and at Hank's Harvest Foods in Twisp. The owner of Hank’s, Hank Conrad, also is a member of Post 143 and “has been a great support for the community and the post,” Morden said.

“We took the money and we split it between the food bank and disaster relief for those who were burned out of their homes,” Morden said, adding the post’s effort will enhance its reputation within the community. “Do the things that people will remember – not for the thanks, but because it’s the right thing to do. It’s what we do. It’s part of the Four Pillars.”

In Fallbrook, American Legion Post 776 reminded the public it’s still available to assist, despite the coronavirus and wildfires in the area. In a letter to the editor in the Village News, Post 776 noted it had helped distribute food at the Fallbrook Food Pantry in September and participated in a blood drive in October. “With precautions and masks, they remain dedicated to their community,” the letter stated, adding that anyone in need of assistance can contact Post 776 Commander Marti Sonniksen.

In Chillicothe, American Legion Post 25 has been chosen as one of two organizations to help distribute the 3,000 face masks donated by the Missouri-based U.S. Exercise Tiger Foundation. The masks arrived this week at the Chillicothe Airport and are free to all veterans.

The foundation’s Mask A Vet campaign has distributed 50,000 masks to date via The American Legion, Veterans of Foreign Wars and the Department of Veterans Affairs, as well as through walk-up and drive-thru distribution efforts.

New York American Legion Riders joined with Patriot Guard Riders to provide a birthday party parade for 90-year-old Korean War veteran Bill Bak that included giving the veteran a ride in a sidecar. The parade ran through the Village of Liverpool with escorts from the Onondaga County Sheriff’s Department, park rangers, and the Liverpool Fire and Police departments.

“His reaction was amazing… I don’t think he had a dry eye the whole time and I don’t think I did either,” Bak’s son, Tim, told NewsChannel 9.