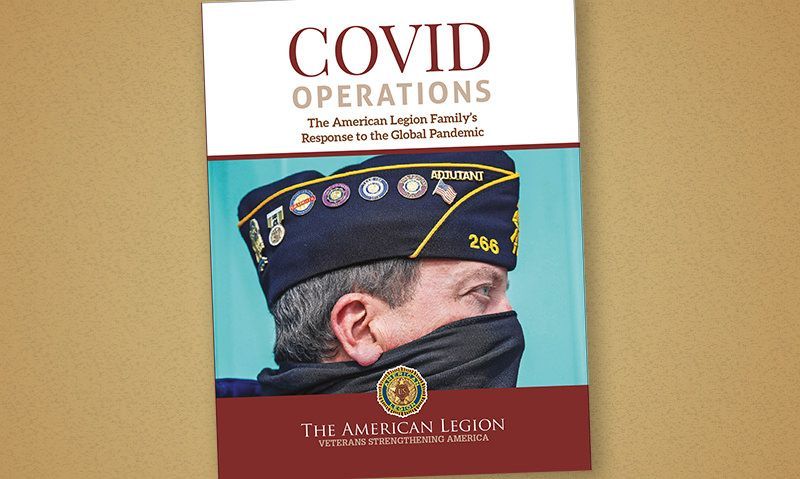 From the moment COVID-19 was declared a global pandemic in March 2020, The American Legion Family leaned into the crisis to serve communities, states and a nation in need.

That story is told and illustrated in a photo-filled, 84-page bookazine now available from Emblem Sales at www.legion.org/emblemsales or by calling (888) 453-4466. The limited edition bookazines are $9.95 each plus shipping and handling.

Meals were prepared and distributed throughout the country – from statewide support services in Michigan and Maine to free hamburgers for truck drivers alongside highways in upstate New York and snacks for quarantined troops in Alaska.

The COVID Operations publication, American Legion National Commander James W. “Bill” Oxford explained, “not only says what the American Legion Family did during this time; it illustrates who we are, and why it matters.”

The national commander said the bookazine can be used whenever someone asks what The American Legion Family is and does, adding that the account is a strong example of the recently adopted American Legion motto, “Veterans Strengthening America.”