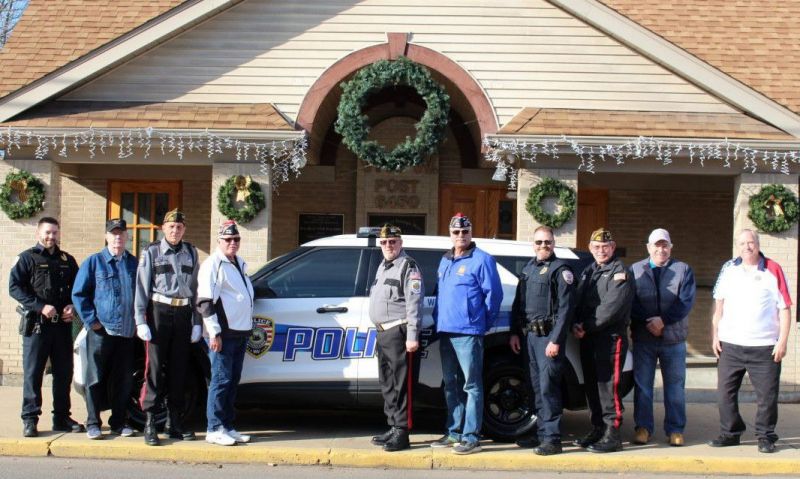 Through its state-authorized lottery machines – and its prime location, a mile or less from both the Ohio and Pennsylvania borders – American Legion Post 121 in Chester, W.Va., has been extremely successful in its fundraising efforts.

And extremely generous in its ways of using the money it raises in the small City of Chester and its surrounding communities.

“In a normal year, we probably donate well over $100,000,” said Post Commander John Hissam, a member of The American Legion for 51 years. “It’s just what we do to try to help.”

That recent help came in the form of paying for half of a new police cruiser for Chester. Over the past 10 years, Hissam said the post has on its own purchased four cruisers for the Chester Police Department and other area law enforcement agencies. This year, the city had requested just one cruiser, so Post 121 teamed with Veterans of Foreign Wars Post 6450 to provide the vehicle, which cost more than $30,000.

Hissam said the city’s five-person police department had two cruisers, each with more 160,000 miles on them, and reached out for assistance this year.

“If the city contacts us, we help buy them,” Hissam said. “We’ve bought them for other towns as well. We also help out the fire departments … with donations of large amounts, as well as local schools.”

Post 121 also has provided donations to construct sports fields and parks, sponsored holiday parties for underprivileged children and provided funds for other community projects and entities.

Being able to provide that kind of assistance comes out of a sense of duty for the post. “The American Legion is a community organization,” Hissam said. “We want the organization to survive and do well, but we also want the community to do well and produce quality citizens. It’s just our goal to help the community. It goes a long way toward making everybody better. The American Legion strives for that. It’s what we do.”