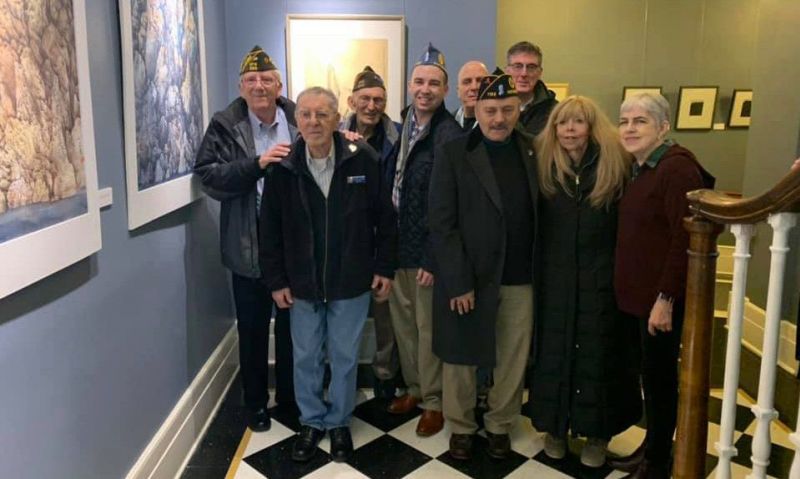 When World War II veteran Stanley Tauber turned 100 in 2019, his milestone was celebrated with a proclamation at the village board meeting in Hastings-on-Hudson, N.Y., followed by a birthday luncheon.

“Unfortunately, the pandemic did not allow for anything similar (in 2020), so we devised the birthday drive-by parade,” said Bryan Healy, commander of the Sons of The American Legion squadron at Admiral Farragut American Legion Post 1195.

The post organized another drive-by parade for Tauber on Dec. 31, 2021, after the omicron surge forced Tauber’s family to cancel a birthday luncheon commemorating his 102nd birthday.

Post 1195 took inspiration from the parades the local fire department had been doing for kids who were not able to celebrate with their friends, Healy said.

“We included the fire department, police department, EMS, neighbors and members of the Legion Family and VFW,” Healy said.

Healy said it’s important to show appreciation to all veterans for their service, “but especially to members of the ‘Greatest Generation’ because of the sacrifice they made for our country and the American way of life.”

“For many living in 2022, the thoughts of being on a battlefield or a warship are relegated to history or the movies,” Healy added. “But our veterans have lived that story and deserve our thanks and recognition.”

Save
Tags: General News, Sons of the Legion