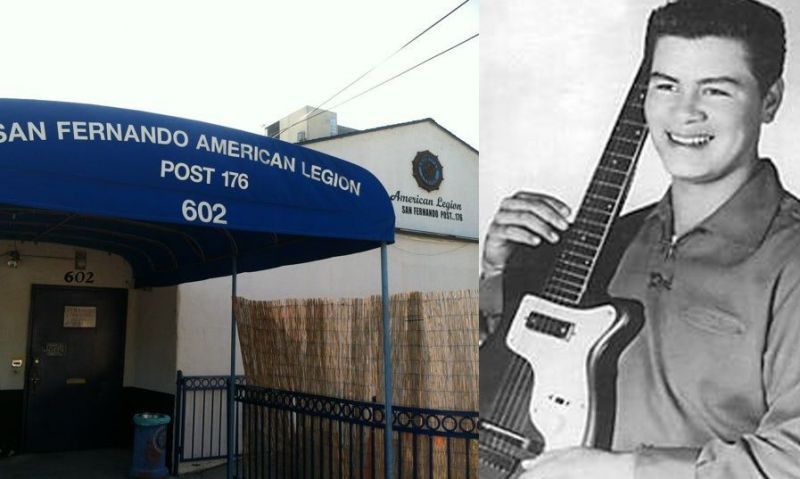 A post office near an American Legion post where Ritchie Valens was discovered has been renamed in honor of the Rock and Roll Hall of Fame member.

The Ritchie Valens Post Office in the Los Angeles neighborhood of Pacoima was renamed May 13 after legislation was introduced by U.S. Rep. Tony Cárdenas. It is located less than two miles from American Legion Post 176 in San Fernando, which is where Valens was discovered.

According to various online sources, Valens was part of a band, the Silhouettes, that developed a big following in San Fernando and, particularly, the neighborhood of Pacoima. During a packed concert at Post 176 in 1958, the band was taped by a part-time talent scout working for Bob Keene (also known as Bob Keane), who owned Keen Records. Upon hearing the tape, Keane became interested in Valens and eventually signed him to Keene’s newly formed Del-Fi Records.

Valens went on to fame for songs such as “Donna” and “La Bamba” before dying tragically in a plane crash in late January 1959 that also took the lives of Buddy Holly and J.P. Richardson, better known as "The Big Bopper.”