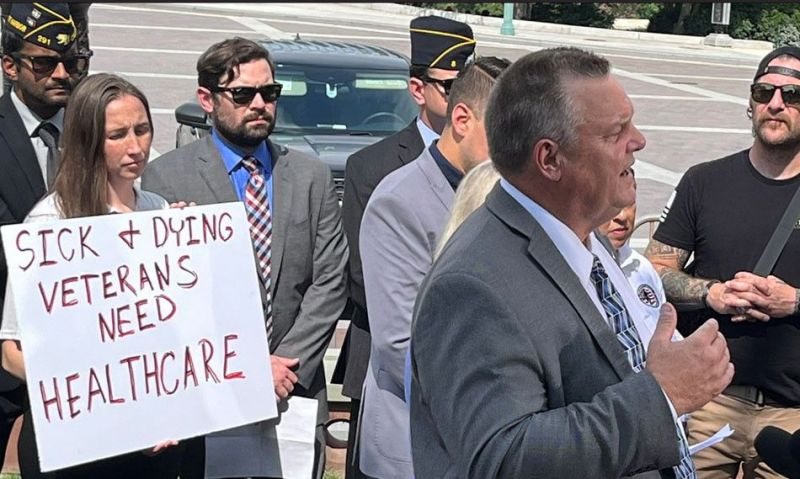 1.       The fate of over sweeping military toxic exposure legislation that could benefit millions of American veterans now hinges on a fight over government accounting methods and whether that’s actually some senators’ real concerns over the nearly $300-billion measure. Senators are are expected to bring up the Promise to Address Comprehensive Toxics Act, also known as the PACT Act, for another procedural vote on Monday afternoon. If they can get 60 votes for the action, the bill is likely to pass by the end of the week, and be signed into law by President Joe Biden a few days later.

2.        Samuel Sandoval, one of the last remaining Navajo Code Talkers who transmitted messages in World War II using a code based on their native language, has died. Sandoval died late Friday at a hospital in Shiprock, New Mexico, his wife, Malula told The Associated Press on Saturday. He was 98.

3.       President Vladimir Putin on Sunday signed a new naval doctrine which cast the United States as Russia's main rival and set out Russia's global maritime ambitions for crucial areas such as the Arctic and in the Black Sea. Speaking on Russia's Navy Day in the former imperial capital of St Petersburg founded by Tsar Peter the Great, Putin praised Peter for making Russia a great sea power and increasing the global standing of the Russian state.

4.       A small explosive device carried by a makeshift drone blew up Sunday at the headquarters of Russia's Black Sea Fleet on the Crimean Peninsula, wounding six people and prompting the cancellation of ceremonies there honoring Russia's navy, authorities said. Meanwhile, one of Ukraine's richest men, a grain merchant, was killed in what Ukrainian authorities said was a carefully targeted Russian missile strike on his home.

5.       On Saturday, a group of veterans, politicians, locals and descendants of Martin A. Treptow gathered at The American Legion in Bloomer to honor a serviceman who never made it home from World War I. During the ceremony, attendees gave the pledge of allegiance, listened to the story of Treptow, and saw the man honored with a 21-gun salute and the taps bugle call. The gathering was a long time coming. Treptow’s family has spent the last three years trying to secure their great-uncle a Purple Heart for his sacrifice.