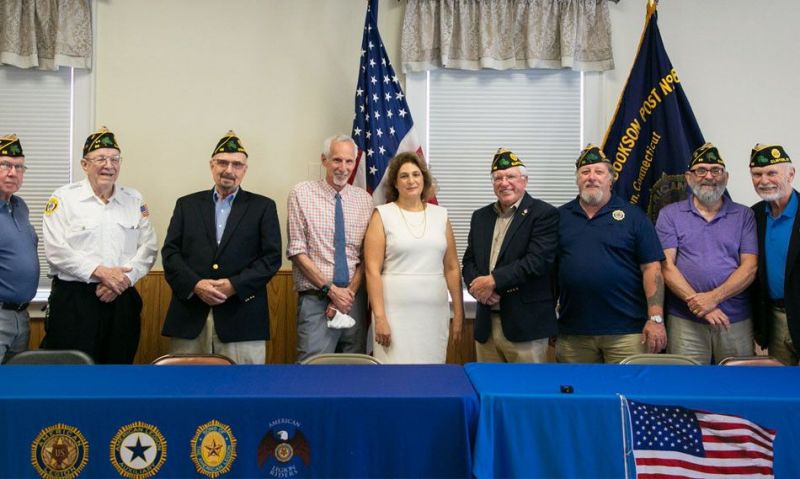 In early May, incoming American Post 66 Commander Jack Scherban was contacted by Connecticut State Rep. Christine Goupil about the post having the opportunity to receive funding from the State Bond Commission in order to perform much-needed repairs to the aging post located in Clinton, Conn.

But Scherban also found out the post had around 48 hours to apply for the non-repayable bond. So he and incoming Post 66 Finance Officer David Burns handled the application process before the deadline. And then they waited. And waited.

“Seven weeks went by and we heard nothing,” Scherban said. “Two weeks ago it started popping. They started asking pointed questions. ‘Were we a nonprofit?’ Then they said, ‘if you have a bar, we won’t do it.’ We have no bar, so there aren’t any paid employees.”

Scherban said around two weeks ago the bond request made the agenda for the State Bond Commission for July 29. But following the hearing Scherban and the rest of Post 66’s members realized it had been worth the wait. Following the hearing, Post 66 was notified by Goupil that it would receive the funding, to the tune of $458,000.

“It passed. It was unbelievable. We were shocked,” Scherban said. “It’s going to allow us to do quite a bit, actually.”

The post had been renting out space to a preschool program for a regular revenue source, but COVID-19 put a halt to that for one year. A new preschool has taken over the space, but that’s just been for two months. Hall rentals also dropped because of the pandemic.

The bond funds will allow Post 66 to, among other renovation projects:

“This means were going to continue to be the nerve center for our veterans and our community,” said Scherban.

In addition to organizing various military and veteran remembrances and celebrations, Post 66 also sends students to Boys State and conducts an Oratorical program. Among its many other activities and involvements, it also presents an annual scholarship, participates in school Veterans Day programs, sponsors a Little League team, assists those veterans in financial need in the community, sends care packages overseas and honors all those graduating seniors entering the U.S. Armed Forces.

In a statement, Goupil called the members of Post 66, “the silent heroes of our community who never take credit for all the amazing work they do, which includes organizing the Memorial Day ceremonies, parade and flyover, (and) providing a space for numerous local organizations to meet and hold events. This funding will allow the post to make dire updates and energy-saving improvements to their facility, so they can continue to serve our community. I want to thank Governor Lamont's Office, and the Bonding Subcommittee House Chair, Representative Dorinda Borer, for recognizing this project's need in my continued advocacy. I also want to thank Post 66 for remaining a pillar of support for all in the community."

State Sen. Norm Needleman also issued a statement, noting, "The American Legion Post 66 has been an integral part of our community for decades, aiding our veteran populations who have given so much back. I'm proud the Post will be able to make needed upgrades."

Scherban praised both Goupil and Needleman for getting the funding request approved. “Eighty percent of the work was done by (Goupil) and also (Needleman),” he said. “They both approved it first before it went to the bond committee.”