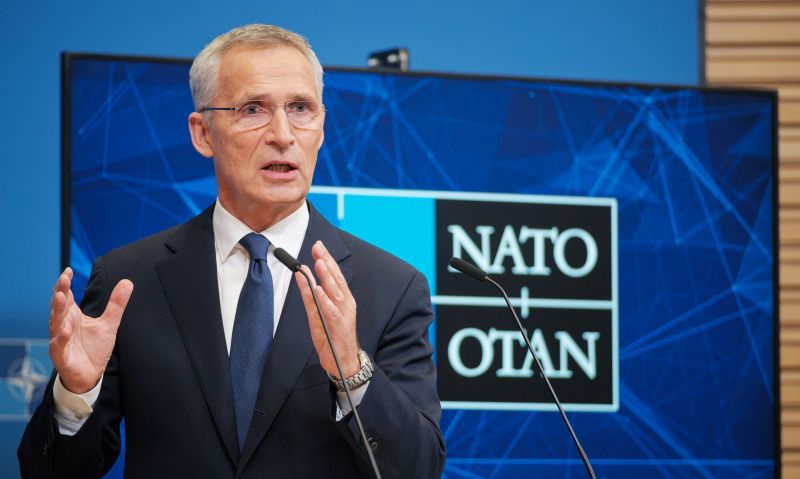 1.     The heads of nine European NATO members on Sunday issued a joint statement backing a path to membership for Ukraine in the U.S.-led security alliance, and calling on all 30 NATO nations to ramp up military aid for Kyiv. Ukrainian President Volodymyr Zelenskyy made a surprise move Friday to apply for fast-track NATO membership, in response to Russia's annexation of four regions of Ukraine.

2.    Meanwhile, Ukrainian troops continued to push forward Monday with their offensive that has embarrassed Moscow, with Kyiv officials and foreign observers hinting at new gains in the strategic southern region of Kherson that the Kremlin wants to annex.

3.    More than 80 veterans from across Siouxland went on a very special trip on Sunday, Oct. 2nd, taking part in the Midwest Honor Flight's "Mission 13" to Washington, DC. That trip, sponsored by the South Dakota American Legion, flew those 83 veterans of the Army, Navy, Marine Corps and Air Force to the US Capitol, to see the memorials built to honor their service.

4.   The Army fell about 15,000 soldiers — or 25% — short of its recruitment goal this year, officials confirmed Friday, despite a frantic effort to make up the widely expected gap in a year when all the military services struggled in a tight jobs market to find young people willing and fit to enlist.

5.    A Navy judge has acquitted Seaman Ryan Mays of setting a 2020 fire aboard the USS Bonhomme Richard that raged for days and ultimately left the ship unsalvageable. "Seaman Recruit Mays was found not guilty on the charges of willful hazarding of a vessel and aggravated arson. The Navy is committed to upholding the principles of due process and a fair trial," said Lt. Samuel R. Boyle, spokesman for U.S. 3rd Fleet, in a statement to The Associated Press.