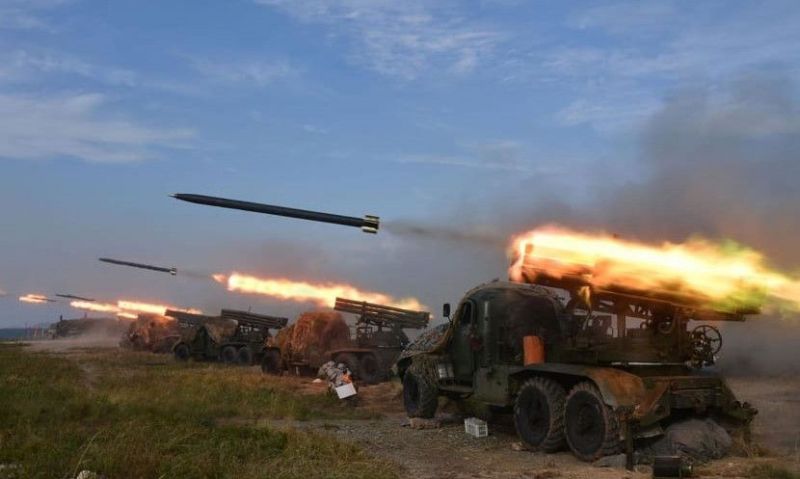 1.   North Korea fired around 130 artillery shells into the sea off its east and west coasts on Monday, the South Korean military said, in Pyongyang's latest provocation near the inter-Korean maritime boundary. Seoul's Joint Chiefs of Staff said it detected the artillery rounds starting at 2:59 p.m. from multiple rocket launchers in Kumgang County in Kangwon Province and Jangsan Cape in South Hwanghae Province. The shells landed within maritime buffer zones north of the Northern Limit Line, the de facto sea border, the JCS said.

2.   Ukraine said Russia had launched a new round of missile attacks on Monday as the West tried to limit Moscow's ability to finance its invasion by imposing a price cap on Russian seaborne oil. Air alerts sounded across Ukraine and officials urged civilians to take shelter from what they said was the latest in waves of Russian missile strikes since its Feb. 24 invasion.

3.   Explosions rocked two air bases in Russia on Monday, Russian media reported. One of the explosions reportedly happened at a base that houses nuclear-capable strategic bombers that have been involved in launching strikes against Ukraine. Neither Ukrainian nor Russian authorities immediately commented on the possible cause of the blasts.

4.   The Defense Department’s longest-running humanitarian aid mission swung into high gear again Monday after two years of a slimmed down, COVID-19 pandemic version. Representatives from six nations gathered for a “push off” ceremony for the 71st annual Operation Christmas Drop, a weeklong mission to air drop essential supplies to far flung and isolated islands of the Federated States of Micronesia and Republic of Palau.

5.   The U.S. is at a pivotal point with China and will need military strength to ensure that American values, not Beijing's, set global norms in the 21st century, Defense Secretary Lloyd Austin said Saturday. Austin's speech at the Reagan National Defense Forum capped a week in which the Pentagon was squarely focused on China's rise and what that might mean for America's position in the world.