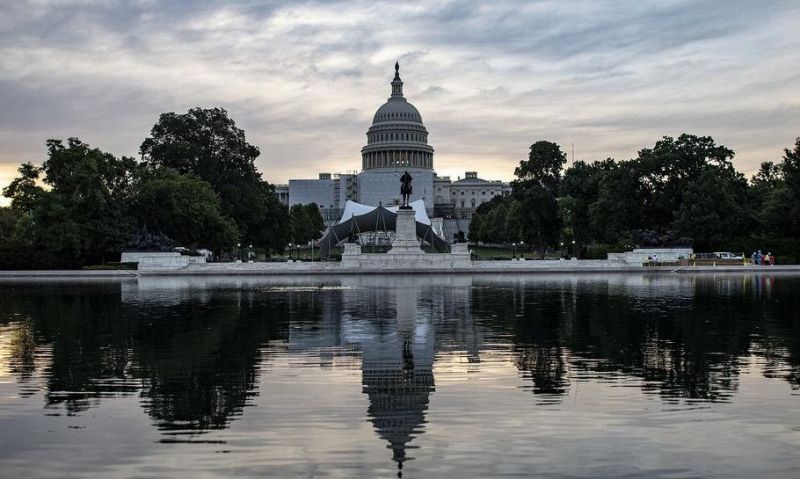 The agreement, hammered out during months of bicameral negotiations, adds $45 billion to the fiscal 2023 budget request from the White House for defense programs, and notably rebukes the administration’s stance on coronavirus vaccinations for service members.

Still, lawmakers moved to end mandatory shots after fervent lobbying by Republicans, who blamed the requirement for exacerbating the military’s recruiting and retention woes. Though 98% of active-duty service members are vaccinated against the coronavirus, some 8,000 have been dismissed for refusing to get the shot, according to the Defense Department.

“We are pleased that the final conferenced bill includes language mirroring our… efforts to protect troops from being fired due to Biden’s COVID vaccine mandate without fair appeal and to the harm of service readiness,” 11 Republican senators said in a statement.

The provision to end the vaccine mandate is rolled into the mammoth 2023 National Defense Authorization Act, which outlines defense priorities for the fiscal year that began Oct. 1.

The House is set to take up the bill this week, followed by a vote in the Senate. If approved, the legislation will move to the White House for Biden’s signature.

Lawmakers in the House and Senate negotiated a $45 billion overall increase to the bill to account for inflation and additional expenses, matching the budget hike proposed by the Senate Armed Services Committee in a vote in June. The House signed off on a smaller boost ⁠— $37 billion ⁠— later in the summer.

“This year’s agreement continues the armed services committees’ 62-year tradition of working together to support our troops and strengthen America’s national security,” the committees’ leaders said in a statement on Tuesday night.

A 4.6% pay increase for troops and the Defense Department’s civilian employees is included in the final version of the legislation, marking the largest department-wide raise in 20 years. It would take effect Jan. 1.

Other provisions for troops include wider eligibility for the military’s Basic Needs Allowance for low-income service members, a new pilot program to reimburse families for child care costs related to a permanent change of station, extra aid for children with severe disabilities, and more flexibility in housing allowances for high-cost areas.

Congress also wants the Pentagon to report on the rate of suicide in the military since Sept. 11, 2001, breaking down rates by occupation specialty, service and grade. Service members stationed in Alaska, a focal point of the military’s suicide crisis, would get special duty pay for cold-weather climate conditions and airfare reimbursement for trips home, according to the bill.

A provision requiring women to register for the draft, which was featured in the Senate Armed Services Committee’s version of the bill, was nixed. Lawmakers in both chambers had included the measure in a draft of the 2022 annual defense authorization bill before scrapping it.

“I fought to ensure for a second year that the ‘women in the draft’ provision was left out of the final agreement,” said Sen. Jim Inhofe of Oklahoma, the top Republican on the committee. “We should not force our daughters and granddaughters to register for the Selective Service.”

This year’s defense policy bill is named after Inhofe, who is retiring in January.

The legislation also bolsters support for Ukraine as it nears a year of fighting Russia’s invasion. Lawmakers want to authorize $500 million more for the Ukraine Security Assistance Initiative than requested by the White House, bringing total funding to $800 million. The program allows the Pentagon to purchase weapons for the war-torn country.

Nearly $3 billion is being earmarked for procuring new munitions to backfill equipment sent to Ukraine and expanding production capacity for future needs. The Pentagon will be given temporary waivers to go around certain restrictions on munitions contracts, according to the bill.

Lawmakers are asking the Defense Department to produce reports on its plans for security assistance to Ukraine in the short and medium term and how it is overseeing that aid. The White House last month asked Congress to allocate an additional $37.7 billion for Ukraine.

Congress is refusing to allow the Navy to retire 12 vessels, according to the bill. It is also blocking the Biden administration’s plans to kill the development of the nuclear sea-launched cruise missile, an initiative the White House had criticized as costly and redundant despite support from top military leaders.

In addition to the defense policy bill, Congress still needs to pass appropriations legislation for the 2023 fiscal year to provide the Pentagon with the authorized funds.