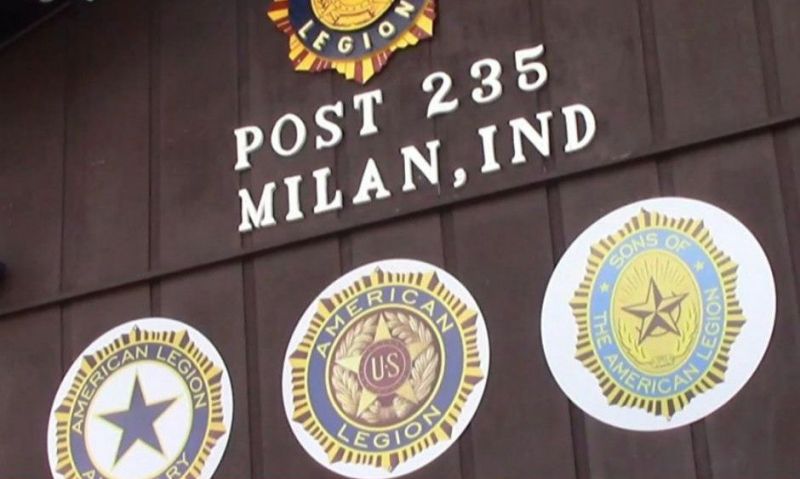 Last July, American Legion Post 235 in Milan, Ind., stepped up to assist the family of a 20-year-old U.S. Marine critically injured during the suicide bomber attack at Kabul International Airport that killed 13 U.S. servicemembers and 170 Afghan civilians. The attack left Cpl. Kelsee Lainhart, who graduated from high school less than 20 miles from the post, paralyzed from the chest down.

When members of Post 235 learned that Lainhart’s family was struggling to navigate the assistance process, they decided to make a $50,000 donation to Lainhart’s mother. But that was not by means the extent of Post 235’s generosity in 2022.

On Facebook, the post recently announced that due to a successful year with its weekly Treasure Hunt game, it was able to provide $407,000 in donations and assistance to local organizations, individuals and others.

Commander Walt Ruggles said Post 235’s American Legion Family found the number “staggering when we added it all up at the end of the year. But it makes us feel really good that we’re able to do this now. In the past we’ve struggled, also. But we got lucky with this Treasure Hunt drawing over the years, and now we’re able to do some things we weren’t able to do before.

“There was a time several years ago when we didn’t know how we were going to pay our bills. We’re now able to do that. And if it weren’t for our community supporting us by coming to play this game, we wouldn’t be able to do these things.”

There is an application process for organizations and others asking for assistance from the post. “We have a form for people coming to us who want donations,” he said. “We don’t just hand out money to people. We ask them on this form to tell us what they have been doing, besides coming to us, to get money for whatever project or cause they’re doing. And we try to fill in what they couldn’t get (from other sources). And they we bring it in front of our members at our meetings to vote on it.”

This year’s donations included $50,000 to the Milan Volunteer Fire Department to assist with purchasing a new fire engine. Money also went to one area American Legion post that couldn’t cover the deductible after its HVAC system was struck by lightning, and to another post whose fire suppression system in its kitchen wasn’t up to code.

The post also assisted a Veterans of Foreign Wars post that had to repair a leaky roof, supported local sports programs, donated to Wreaths Across America to ensure every veteran’s grave in Ripley County was covered with a wreath, provided college scholarships for graduating seniors and made a significant donation to Honor Flight Network out of Cincinnati, Ohio.

Funds also went to the Milan Community Emergency Relief Food Bank and local churches that provide free meals during the holidays. Individuals assisted included families who lost their residences because of fires and a motorcyclist injured in an accident and unable to pay for his medical bills.

Walton stressed that the money is a result of a combined American Legion Family effort. “When we talk about our Legion here, we talk about it as a group,” he said. “With the (American Legion) Auxiliary and the Sons (of The American Legion), the Legion couldn’t do what it does. We work very well together. And we’re all about supporting our community.”