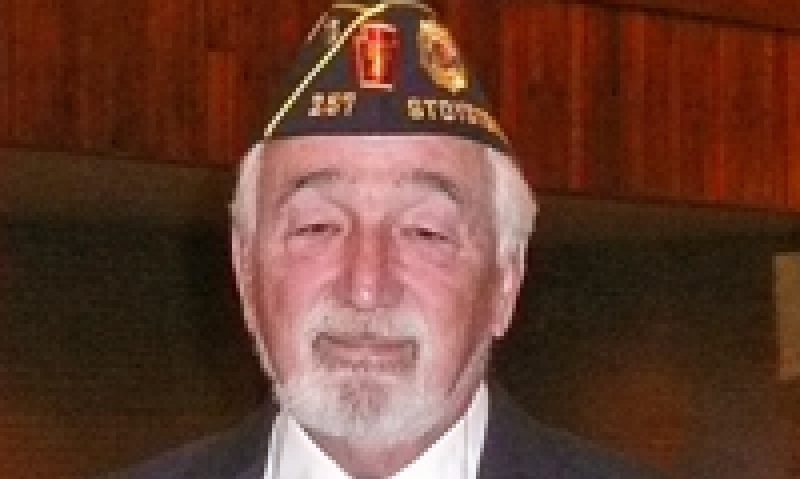 Like many Americans, Dick Pristas heard about a plane hitting the first World Trade Center tower the morning of Sept. 11, 2001, and thought it was an accident. But when another plane hit the second tower only 17 minutes later, he figured it had to be a coordinated attack. At 9:37 a.m., a third plane flew into the Pentagon.

Shortly after 10 a.m., the horror struck home when a fourth plane, Flight 93, crashed into a field near Shanksville, Pa., not far from where Pristas lives and serves as a volunteer fireman. "At first, we thought it was a small plane, so we didn't think it had anything to do with the attacks," says Pristas, a Vietnam War Army veteran and commander of American Legion Post 257. "But then the radio reported that there were at least 200 people on board. I knew then that we were involved."

As a first responder, Pristas was both a participant and witness to history. And he discovered a special item on that smoldering Shanksville field, one he sees a symbol of hope. As the nation prepared to mark the ninth anniversary of 9/11 and the crash of Flight 93 with a special memorial service at the crash site, Pristas shared his memories of that day with The American Legion Magazine.

Q: What were you doing when Flight 93 crashed?A: I'm a remodeler. I was finishing a local interior residential job when the news hit. My wife also phoned me on my cell. I was only a couple miles away, but I didn't hear the plane crash. I got right into my Ford truck and headed over. The whole way over, I was preparing myself for something gruesome. I fully expected to find bodies scattered all over the ground. I thought about bringing my camera out, but then thought better of it. Who'd want to see pictures of something like this?

Q: What was the crash site like?A: It wasn't like anything I expected. It was just a big, smoking hole - about the size of a large, above-ground swimming pool. The woods nearby were on fire. But there were no bodies to be found. Thank goodness it crashed where it did. It's an empty field. It used to be a strip-coal mine. But there are no houses or buildings there that could have been damaged. Later, I talked to some folks who lived nearby and saw everything. They said it just went straight down, nose first. That really affected them emotionally. They were in complete shock. To watch so many people die so swiftly - that has to affect you.

Q: How did you and your fellow volunteer firefighters proceed?A: We were there to help clean up. But when we arrived, we realized there wasn't a lot for us to clean up. I helped keep the trucks operating. There were about three dozen of us at first. We didn't know what to say to each other. We were very subdued that morning, just going about our business. The gravity of what was going on had only begun to sink in. I could only think about the victims' families. It hurt me to think of what they were going through. I've been in the military and know a lot of military families. You can't describe the feeling of knowing that something terrible has happened but you don't know for sure. It creates a sense of urgency.

Q: Then you made an amazing discovery. Tell us about it.A: I walked out in front of our fire truck and saw what looked like a hardback book on the ground. I picked it up, and it was a Bible. It was just a little tattered, but it was OK. I had such mixed emotions, that a Bible would be the only thing to survive something this awful. It served as a sign to me that these victims were now with God. I took the Bible and put it on the front of the bumper of our first engine to arrive. Eventually, an investigator asked me where I found it and collected it as evidence. Since then, I've spoken with many victims' family members, and it's very meaningful to them that the Bible was found. They consider it a miracle of sorts.

Q: How often do you think about the victims on Flight 93?A: All the time. They're heroes. They stood up for their country. They knew what had happened, and they didn't want to play any part in any further destruction of America. So they took action. Most think the plane would have hit the White House or U.S. Capitol if they didn't do what they did. Imagine how awful that would have been, to damage either of these great symbols of our nation.

Q: What are your thoughts on the annual memorial ceremony?A: It's really special. The victims' family members want to know what happened that day from my perspective, and I'm happy to share it with them. They get to see that attention continues to be paid to their loved ones. These passengers realized the spirit of America isn't about sitting around and letting something happen. They assessed the situation and did what they had to do. That's a great service to our country, and they should always be remembered.