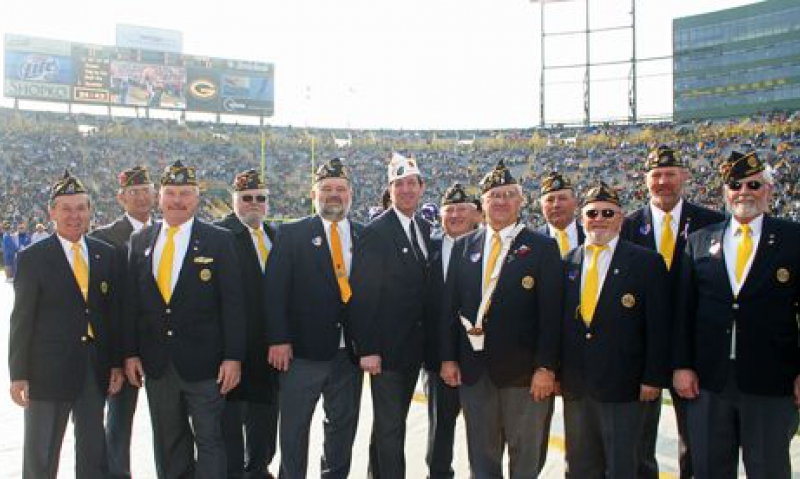 Green Bay Packers football fans are known to be among the most loyal and diehard of any in the National Football League (NFL). And legionnaires at Sullivan-Wallen American Legion Post 11 in Green Bay, Wis., can attest to that.

Since the 1940s, the post’s color guard has presented the U.S. colors prior to all Packers’ home games. Mike Kellner, the post adjutant and color guard commander, said watching Green Bay’s 31-25 win against the Pittsburgh Steelers in Sunday’s Super Bowl was a little more intense than a normal game.

“I would say that the TV rattled a little bit more than normal,” said Kellner, 76. “I would be pretty safe to say I’m a very big Packer fan. It was a nice night for our team and our fans.”

Kellner has been a part of the color guard for 38 years and has served as commander since 1975. Even in Green Bay’s frigid December weather, the guard unit is out on the field before every game. “We obviously dress a little warmer during some games,” Kellner said. “We’ve worn ear muffs sometimes, but our color guard uniforms and our caps are always displayed on top of whatever else we’re wearing.

“We are the only permanent color guard in the NFL. No other team has one. We’re very proud of that fact and very proud to go out there in our Legion uniforms.”

The history between Post 11 and the Packers actually dates back to the 1920s. The team was struggling financially and started issuing stock in order to raise funds. Because professional football was so new and untested, the stock was a hard sell. The team ended up altering its corporate charter, making Post 11 the beneficiaries in the event the Packers ever relocated or went out of business; the money would be used to build a monument or memorial.

And up until the late 1930s, Legionnaires worked at the stadium during games, selling tickets and concessions, parking cars and providing security. Though the charter has been revised – proceeds from the sale of the team now reimburse stockholders, with the remainder going to the Green Bay Packers Foundation – the relationship remains strong.

“We’ve gotten to talk to the team president (Mark Murphy), and we’ve had a chance to talk to some of the coaches and a few players over the years,” Kellner said. “Post members really want to serve on this color guard. There’s a waiting list for it. I always have a waiting list of people who want to join.”

But Kellner isn’t ready to give up his spot anytime soon. “I haven’t given (leaving the color guard) a thought,” he said. “I guess I’ll probably do it as long as I can walk. That’s the way it’s going to be.”