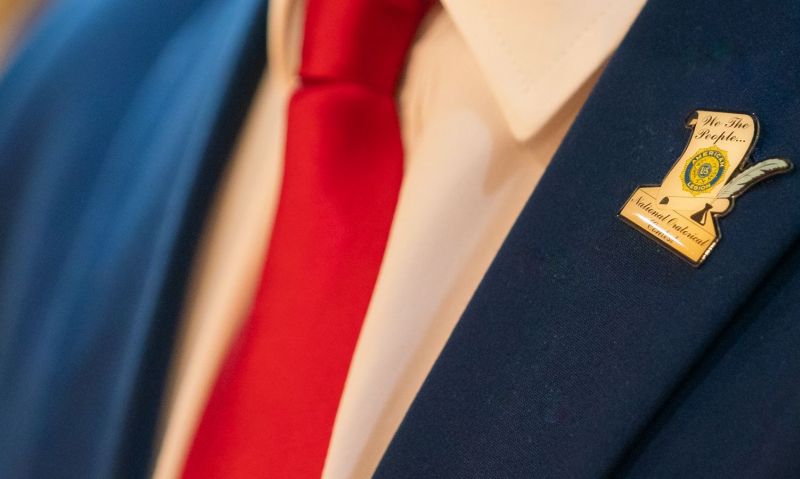 Dec. 15 will mark the 229th anniversary of the ratification of the Bill of Rights. From 1789-1791, the states ratified 10 amendments to the U.S. Constitution to confirm the fundamental rights of citizens.

Amendments of the Bill of Rights guarantees freedom of religion, speech and the press, and the rights of peaceful assembly and petition; the rights of the people to keep and bear arms; the rights to private property, fair treatment for accused criminals, protection from unreasonable search and seizure; freedom from self-incrimination; a speedy and impartial jury trial; and representation by counsel.

This upcoming anniversary of the Bill of Rights ratification is a great way for American Legion posts to educate youth and the community on the U.S. Constitution, and promote The American Legion’s oratorical contest program that provides a better understanding and knowledge of the Constitution.

As stated in American Legion Resolution No. 23, Constitution Day, “many of today’s youths lack an understanding of the founding documents created by our founding fathers, namely the Declaration of Independence and the United States Constitution with its incredibly important Bill of Rights. Our rights and liberties rooted in these cherished documents gave birth to our nation and those documents set forth the principals upon which our government is based.”

Education can come in the way of providing youth with a copy of the Declaration of Independence and Constitution brochure that can be purchased through Emblem Sales. As well as encouraging youth to participate in the oratorical program, an opportunity to speak on the U.S. Constitution.

The American Legion’s National Oratorical Finals provides more than 50 young high school orators an opportunity to earn $203,500 in scholarships. Speaking subjects must be on some aspect of the U.S. Constitution, with some emphasis on the duties and obligations of citizens to our government. The 2021 National Oratorical Finals will be held April 9-11 in Indianapolis.

Learn more about how to participate in the oratorical contest at the post level by visiting legion.org/oratorical.