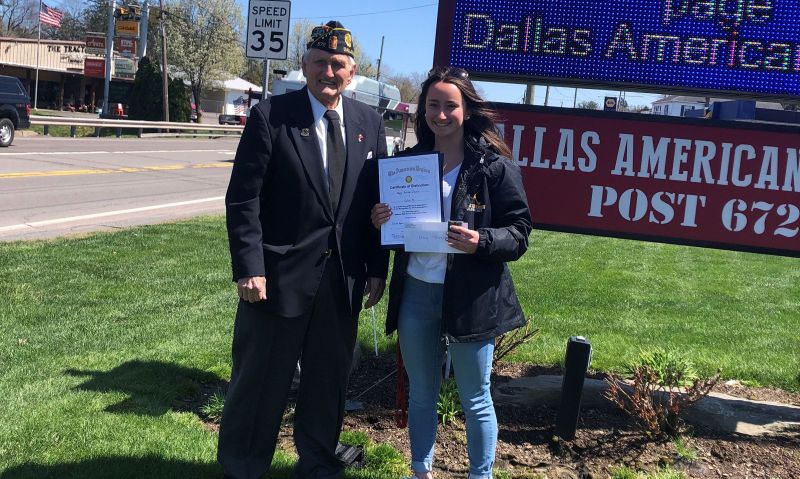 “They each have read the Constitution and supporting documents several times over and found themes and connections in order to craft their speeches. They were challenged to write and rewrite in order to improve and move forward. They learned not only to memorize, but they each developed real confidence in their abilities to write, memorize and deliver a significant oration. I remember my daughter Grace stating during the last presidential debates, 'They keep talking about all they will do, but if you read the Constitution, they don't have all the powers they are claiming to have.'

“The skills my children acquired as a result of competing in the oratorical contest helped make the transition into college-level study seamless.”

Paul and Kristen’s fourth child, Mary Therese, participated in the oratorical contest for her first time this year and placed fifth at the department level. After competing at Post 672, she said to her mother, “I didn't realize I could memorize and give a speech like that.”

Kristen attended Auxiliary Girls State in California and “kept the Girls State and (American Legion) Boys State opportunities filed away in the back of my mind in the hopes that one day my children might be able to attend and experience this incredible week.”

“The American Legion and the programs that so many members tirelessly work to offer to students have significantly helped me to provide my children with a liberal education that embraces our nation's foundation of life, liberty and the pursuit of happiness,” Kristen said.