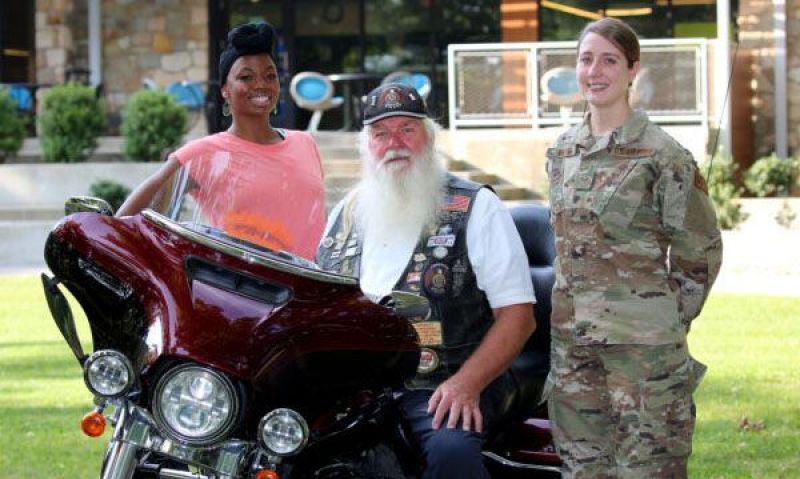 A donation from American Legion Riders Chapter 117 in Butler, Pa., in 2015 established a scholarship for students attending Butler County Community College (BC3). Continued donations brought the endowment to $10,000 by 2018.

And now, another $10,000 donation this summer by 117’s Riders will expand the reach of the Butler American Legion Riders Veterans Incentive Scholarship Post 117.

Through the donation, a $500 scholarship has been awarded each year to either a student veteran or the child of a veteran attending BC3. The additional donation this summer will double the number of scholarships annually presented. Ten scholarships have been presented since its inception.

For Chapter 117 Director Denny Christie, the scholarship is an opportunity to make a long-term impact on veterans as they transition into college. “We talked a legacy we might leave, meaning the Riders,” he said. “We just wanted to leave a legacy at the community college so the veterans (there) would always have something from us.”

BC’s multiple campuses are home to more than 50 veterans and military personnel, nearly 45 percent of which are enrolled full time in college. “Butler is loaded with veterans. This is a huge veteran town,” said former Chapter 117 Assistant Road Captain Chip Hill, who has since transferred to Post 778 in Butler after helping charter a new ALR chapter there in July. “This was just another means to give back to the community and help the veterans going to school. And it’s 100 percent earmarked for veterans.”

Hill said the recipients typically come to the post for a special gathering after being awarded the scholarship. “It’s heart-warming,” he said. “That’s the next generation coming up.”

Christie said hosting the recipients makes for a rewarding experience. “It’s priceless both ways. We get to see the recipient, and they get to see the group that presented them with it,” he said. “They enjoy seeing us, and we enjoy seeing them and spending a little time together. We ask them what they’re (studying) or what they did in the service. What their plans are for the future. Things like that. It’s a real good feeling.”

It’s been a generous summer for Chapter 117, which earlier presented Robin’s Home in Butler with a $10,000 donation. The home provides a variety of cares and services for homeless, unstably housed or low-income women veterans and their children.

Chapter 117 is able to make donations such as this summer through efforts that include annually auctioning off a motorcycle, gun raffles and a fundraising ride. “A lot goes into it,” Hill said. “They’re all out there doing what they’re doing: raising money for veteran awareness.”