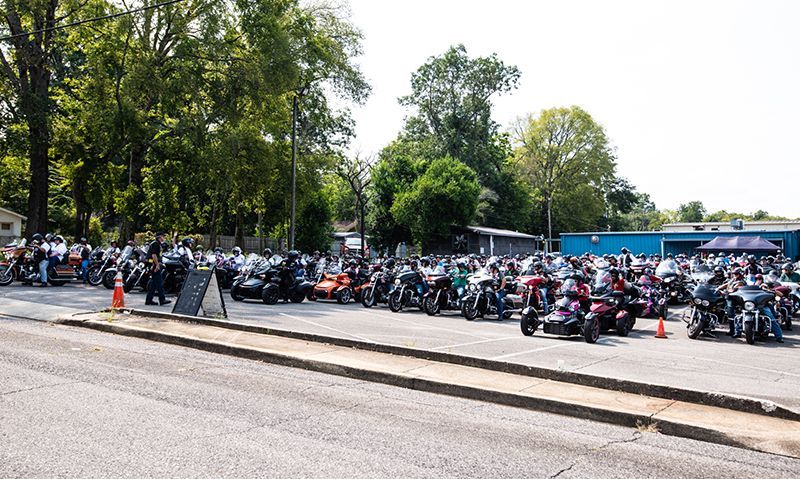 For 16 years the American Legion Riders in the Department of Alabama’s District 21 have staged a 9-11 Commemorative Ride to honor those lost during the Sept. 11, 2001 terrorist attacks. And participation in the ride isn’t slipping.

The turnout “tells me that people haven’t forgotten, and people want to make sure it’s not forgotten,” said Burke, who serves as the Riders director and Sons of The American Legion squadron commander at American Legion SSG MW Hosey Post 205 in Pinson, Ala. “They understand the cause and the reason for the ride. It’s a way that they can show their respects and appreciation to the lives lost, to the people still fighting, to the people that are still suffering from medical issues from 9/11 when they were going to the Trade Center to help. And it’s their pride in the country.”

In addition to Post 205, American Legion Riders from Chapter 107 in Leeds, Chapter 137 in Fairfield, Chapter 171 in Birmingham, Chapter 255 in Fultondale and Chapter 347 in Fairfield took part in the ride.

Burke said around four months of planning with each of the ALR chapter directors go into the ride, which includes working with a local business to plan the approximately 60-mile route, and designing T-shirts and a flyer. This year’s ride departed Post 171 in the morning and ended at Post 107, where a meal hosted by Post 205’s American Legion Family was provided.

Burke said the plan was to provide food for 150-200 people, but he realized after the ride hit the road that the number was going to be higher.

“I thought ‘we’re going to be short on food,’” he said. “But the Auxiliary pulled it out of their hat and made it happen. The Auxiliary at Post 171 and Post 205 were phenomenal in assisting this ride, as well as the assistance we got at 107 from their members when we got there. They were all willing to step in.

“That’s the great thing about District 21. They all pitch in. They all help. ‘What do you need? What can I do?’ Anything you’ve got to have done. At the end of the day, it’s tiring, but it’s refreshing to have so many people willing to step up.”

Money raised from the ride is distributed evenly among the six Riders chapters to be earmarked to provide assistance to veterans in their communities and contribute to other worthy fundraisers. But that’s only a small part of the 9-11 Commemorative Ride.

“This isn’t a ride to raise money,” Burke said. “I would put the same effort into it if we didn’t make anything, because it’s about the remembrance.

“This (ride) means the world to me. My eyes were opened in 2001. It’s a yearly reminder of these blessings that we have, and how they’re not written in granite. You’ve got to enjoy them as you can and be appreciative of them.”