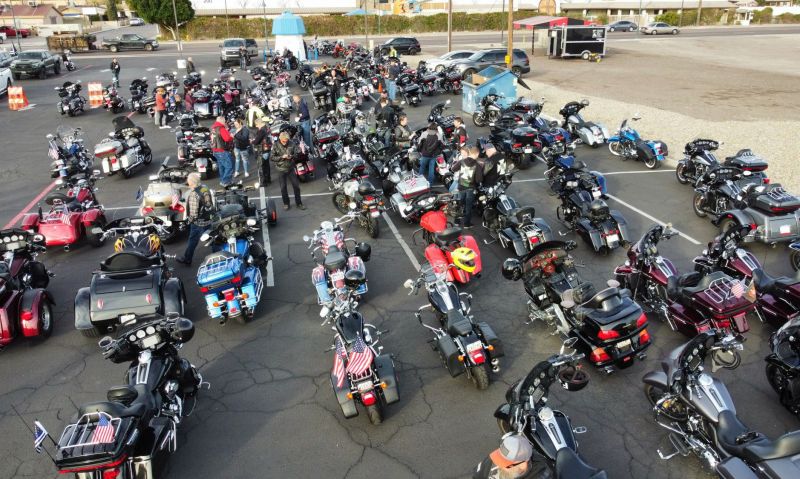 During Avondale, Ariz., American Legion Riders Chapter 61’s December meeting, Phoenix Police Officer Aaron Souza brought up to his fellow Legion Riders the possibility of staging a motorcycle ride for Officer Tyler Moldovan. The 22-year-old Moldovan was shot multiple times in December while on duty and remains hospitalized; two other law enforcement motorcycle groups had reached out to Souza about Chapter 61 organizing a ride for Moldovan.

The Riders agreed to take on the task, despite having less than a month to pull it off. But pull it off they did, to the tune of bringing close to 300 motorcycles together and raising around $17,000 for Moldovan’s family.

“I just networked the heck out of it, as best as I could. We all did,” said Chapter 61 Director Jason Emm, who is just two months into his ALR position. “(Souza) reached out to some other organizations. And just the team of Riders. I’d say ‘you check out this. You tackle this.’ Little by little, it started picking up some ground. People started calling in asking if they could (participate). It just got everybody’s attention, and everybody came together. It was the team I had.”

Emm and Assistant Director Trevor Jackson came up with a route, which started at Post 61, and included stops at area American Legion posts and a lap downtown around the Phoenix Police Department headquarters. Emm and other Riders reached out to area businesses to solicit donations for a live and a silent auction, as well as for items to raffle. Emm said the Arizona Diamondbacks even donated gift baskets that included game tickets, gift cards and souvenirs.

Other American Legion Riders chapters took part in the ride, as did motorcycle groups from all over the state and California. After the ride, participants gathered back at Post 61 for the raffle, auctions and a 50-50 drawing.

“One of the phrases we always had as an infantry soldier is ‘I’ve got your six.’ I wanted Tyler to know that there are people out here … that do have your six.”

Emm also said that being able to plan and pull off such a large ride in a short period of time “sends a message that if you put your mind to it and all work together, you can bring the community together. They’ll rally around it. Everybody wants to do something good, and this was an opportunity to show that we could do it. In the times we have right now in the world, a lot of people lose hope. Hopefully this helps people realize that there are people still out there who care.”