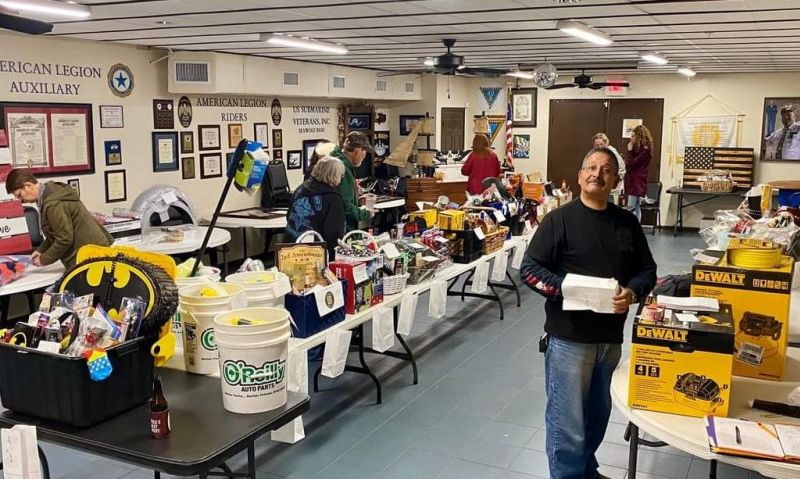 Since 2009, Paul W. Airey American Legion Riders Chapter 392 in Panama City, Fla., has staged what it calls the Hotzee Run, a ride and event designed to raise funds for local hospice facilities.

But the ride took on an even more personal meaning for Chapter 392 in 2015, when one of their own, Mark Long, had a stroke on the ride and would later pass away. Prior to that, though, he used hospice care; Chapter 392 arranged for its members to ride by the hospital where Long was staying so he could hear the roar of their motorcycles.

After that, the Hotzee Run was renamed the Mark “Flash” Long Memorial Hotzee Run and has continued to raise money – now well over $130,000. Not even the pandemic could stop the Riders from fulfilling what they view as a mission.

“It never crossed our mind not to do the Hotzee Run,” said Chapter 392 Director Darlene Brock, a member of Auxiliary Unit 392. “It’s ingrained in what we do. It’s in the fabric of what Post 392’s Riders are about. There’s never been a question that we wouldn’t do the event.

“It is a premiere event for (Bay County). We get so much support from the bike community from all over the county, and from (American Legion) District 1. And we had people come from Michigan to see this event, because they’re so astounded by what we’re doing and what we’re doing it for.”

ALR 392 Assistant Director Suzanne Patterson, who served as the coordinator for this year’s ride, said planning starts in October with establishing a team of Riders, supports and other members of Post 392’s American Legion Family.

“It’s everything from figuring out where the stops are, to getting a list of community businesses that will donate or have donated in the past, to seeing who can go out and solicit to or create solicitation letters,” Patterson said. “It’s figuring out who’s going to breakfast or who’s going to do dinner. And this year we did something new. One of our members put together a looping slide show that gives credit to the local hospice programs and also showed pictures of all the members that we have lost who were affected by hospice at the end of their lives. There’s just so much going on.”

Before the pandemic, the Riders would stage registration and the start of the ride at the Clifford Chester Sims State Veterans Nursing Home in Panama City. But for safety reasons, the ride again started and ended at Post 392.

This year’s ride took place Jan. 15 and had around 170 motorcycles taking part. It was open to the public and featured multiple stops where participants played a Yahtzee-type game. Each participant paid a $10 entry fee; in addition to motorcycles, cars and trucks also were welcome to participate.

A breakfast kicked off the ride, while participants were welcomed back to Post 392 afterward, where a dinner, raffles, silent auctions and live music took place. Everyone who donates to the effort receives a certificate of appreciation from Chapter 392.

Patterson and Brock said Post 392’s entire American Legion Family assists with the effort, noting Sons of The American Legion Squadron 392 provided the food for both the breakfast and dinner this year.

For Patterson, who serves as second vice commander for Auxiliary Unit 392, the ride is an opportunity to thank those who help some veterans through the final stage of their lives.

“My father was a Vietnam veteran, and I joined The American Legion because I wanted to serve the veterans in our community,” Patterson said. “Covenant Care and Emerald Coast Hospice affect the end of life of many veterans in this community. At the end of your life, if you don’t get anything else you need to be treated with dignity. That’s what Covenant does and that’s what Emerald does. And they work with volunteers, just like we do. Because we believe in what they do, we want to be able to support them and continue supporting, even when times are tough.”