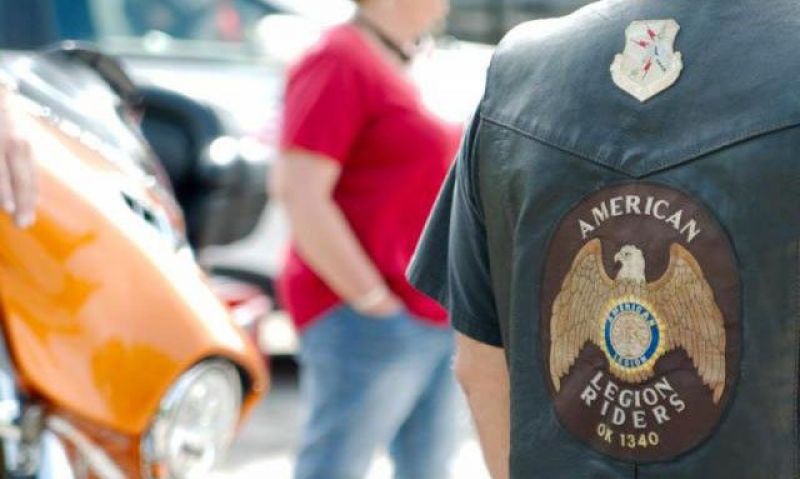 In 2020 the Department of Oklahoma staged its first-ever in-state version of the Legacy Run, raising more than $3,000 for The American Legion Legacy Scholarship Fund. A similar effort took place in 2021 and brought in more than $8,000.

And shortly after the 2021 ride ended, planning began for this year’s ride, which will take place July 14-16.

“Right after, like the day after the 2021 ride it seemed like we were already talking about (the 2022 ride),” said American Legion Post 1340 Vice Commander and Legion Rider Bryan Robinson, who with other members of Post 1340 are coordinating most of this year’s ride. “Once a month we have our post meeting, and then we break off and would start talking about, ‘where do we want to go next year?’

“We have a little subcommittee that’s made up of me and four other people. We’ve all made phone calls to try to get the different posts (along the route) involved. We’ve got an itinerary that’s about 99 percent (finished).”

The first two Oklahoma Legacy Runs took place in different regions of the state. This year’s, titled the Wild West Tour, will depart Enid, Okla., after a wreath-laying ceremony at the Woodring Wall of Honor and Veterans Park and finish up in Lawton. Robinson estimates this year’s route will total around 900 miles.

“The route kind of falls in after you start talking to the posts,” Robinson said. “There’s a lot of posts, either due to their size or their location, they just don’t fit in with what we’re wanting to do. We try to hit as many as we can, and we usually tell them, ‘If we can’t get you this year, don’t worry. We’ll probably be by to see you next year.’”

Robinson rode on last year’s state ride and did the first two days of the national Legacy Run. He said watching his state’s ride grow has been eye-opening.

“You really get to learn more about the state and about different posts,” he said. “Before, you’d hear ‘Post No. 4’ and you didn’t even know where it was. You didn’t know anyone who was a member of that post. Now, you’re starting to become on a first-name basis with a lot of these people. They know who you are, and they’re excited they get to host you. It’s a great thing. I really enjoy being a part of it.”