The alumni association is open to all recipients of the Samsung American Legion Scholarship at the state and national levels. By keeping alumni engaged with one another and involved with The American Legion and Samsung, we are working to become a premiere network of scholars and professionals with a vested interest in upholding the ideals of both Samsung and The American Legion. 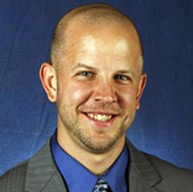 "I walked out of American Legion Boys State with some great leadership experience, and a tremendous opportunity having been chosen as one of the National Winners of the Samsung American Legion Scholarship. The opportunities it provided for me were "in the background" because the money went to pay for college. Effectively, it was just erasing bills that I never had to see. For that, I may not have recognized the immediate importance, but those waves rippled all the way through my life. It afforded me the opportunity to delve into the process of college education more fully, and that has led to the place I am now." 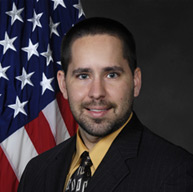 "The Samsung American Legion Scholarship paid for almost half of my college education expenses which significantly reduced the amount of student loan debt I had to take on. Being a recipient of the scholarship allowed me to graduate with very little debt and provided me a financial head start to establishing myself and my career." 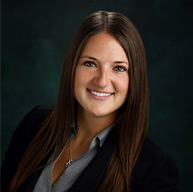 "Being awarded the National Samsung American Legion Scholarship in 2008 was tremendously meaningful to me and also to my family due to my grandfather's involvement as an Air Force Navigator in the Korean War. As a direct result of this generous scholarship I was able to attend the university of my dreams and have the college experience of a lifetime, and for that I am extremely grateful. Receiving the Samsung American Legion Scholarship presented me with the financial freedom to partake in a life changing study abroad trip to New Zealand and Australia during my collegiate career. This trip was primarily focused on sustainability in business, which is an area I am truly passionate about. Due to the generosity of the Samsung and American Legion organizations, I was also able to graduate from college debt free, which has catapulted me into my professional, adult life with a great financial advantage, a robust appreciation for service to our country and rewarding strong work ethic, and a comprehensive respect for philanthropic synergies amongst companies and organizations. Receiving this prestigious scholarship served to foster my confidence and enabled me in numerous ways to achieve the goals I set for myself both personally and professionally. From receiving this scholarship in high school, to obtaining a respectable job in a highly challenging and rewarding profession, it has been very fulfilling to know that hard work truly does pay off, and I am often humbled by how fortunate I have been over the last decade of my life. I am forever grateful for this scholarship and the ongoing positive effects I continue to experience as a direct result of receiving it. It is truly an honor to continue to be a part of the Samsung American Legion Alumni organization." 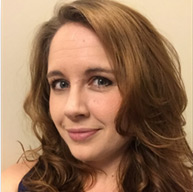 "The Samsung American Legion scholarship had a huge impact on my collegiate career and helped me have a college experience focused on my studies, rather than scrambling for student loans and other scholarships. This has translated to me being able to have a head start in my professional career and to not be bogged down by student loans. This is a wonderful program and opportunity for high school students.

The Samsung American Legion Scholarship has helped me and my family in ways that are difficult to even express. It has allowed me to pursue careers that fulfill me personally, rather than just searching for a high-paying job so I can pay off student loans. While the Samsung American Legion Scholarship definitely has an immediate benefit, I think its biggest impact is that it allows its recipients more freedom after leaving college." 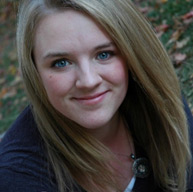 "Receiving the Samsung American Legion Scholarship was an incredible blessing. I knew that if I was going to go to college I would have to work very hard, because my parents had 7 other children they were taking care of and would not be able to help me financially. This scholarship was able to help me with that. I will graduate with my Bachelor's Degree without any student debt. I have continued to work and volunteer, and the Samsung American Legion Scholarship helped me get to where I am today." 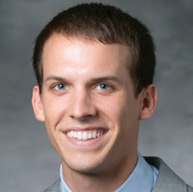 "I firmly believe I would not be where I am today without the opportunity this scholarship offered. The Samsung American Legion Scholarship opened doors I did not believe could be opened. It propelled me through my preliminary educational endeavors and garnered hope and peace in the midst of far-reaching future decisions.

The Samsung American Legion Scholarship allowed me to graduate debt-free from an incredible undergraduate institution. It allowed me to personally honor and recognize the veterans within my home community and speak to the hope and experiences that their service extended to my life and that of my family. It allowed me to experience and discuss my grandfather's experiences in the United States Navy in a whole new light.  It cultivated in me a desire to edify the community around me, to serve those who have given so much to my future, and to pursue my future endeavors with focus and hope. The gift of this scholarship extended far beyond a monetary contribution to my education; it gifted pride, encouragement, and a broader appreciation for the sacrifices of the men and women I come in contact with daily." 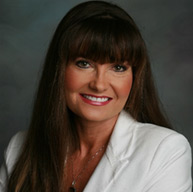 "I am certified as a psychologist trained to work with veterans, a certification inspired by the Samsung American Legion Scholarship and my grandfather's military service. My fondest memory of my grandfather is the pride he had in learning that his service assisted me in obtaining an opportunity to leave the small, rural town I grew up in and to pursue not only educational but also cultural opportunities.

My family and I are so proud of this scholarship that we frequently donate time and money to the local American Legion in my hometown in South Carolina. If it were not for this scholarship, I would not have been able to pursue my dreams in the manner that I have, as this scholarship laid the foundation for me to continue pursuing my dreams and gave me hope that it was possible." 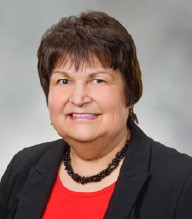 Debra Albers has been a continuous member for 47 years of the American Legion Auxiliary in the Department of Nebraska. She belongs to Davenport Unit # 335, Davenport, NE and is a member through her father, Paul Straube who was a World War II Veteran.

Mrs. Albers attended the University of Nebraska in Lincoln and received a Bachelor of Science degree in home economics in 1975. She taught Family and Consumer Sciences and sponsored FCCLA Chapters at Bruning-Davenport USD retiring in 2014; she received the FCCLA Master Adviser Award that year. Debra is married to Tregan Albers, an Ohiowa, NE Sons of American Legion member, who farms near Davenport, NE. They have two married sons, Tregan II and Trenton and three grandsons. Her sons and grandsons are members of the Papillion Sons of American Legion. 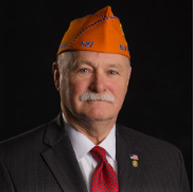 Commander Gibbs was elected national commander of the Sons of The American Legion in Minneapolis, Minn., during the 47th national convention. He has served the Sons for over 19 years through the Hamburg Post #527 in Western New York and received an honorary life membership from his Squadron and Post in 2015. Hamburg is a suburb of Buffalo, NY and boasts - the largest Post in combined Legion Family membership in NY State.  He is currently a tenured university professor and has served as a public school administrator, holding a doctorate/PhD degree from the University of New York at Buffalo in administration. As a tenured Associate Professor, Doc has chaired the Educational Leadership department and served as program director at St. Bonaventure University for the past 13 years.

As the only university faculty member on the "Veteran Friendly Campus Committee" at St. Bonaventure University, Greg has served on the committee since its inception. Setting policy and making recommendations to the university to create a better environment for admissions candidates from the military and newly enrolled veterans and their families.

Doc comes from a three-star military family where his father and his two uncles all served in WWII and in Korea. His daughter and son have been members of the Legion family and he has been married to his wife Pam for over 44 years. Pam's father, Albert Kramer II, also served in the Army just prior to the Korean War. 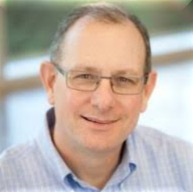 John is responsible for strategic and business planning, program management, organizational support services and critical issues management.  As Chief Advocate of Samsung's Veterans employee resource group, John leads cross company efforts and programs in support of its veteran's community and in concert with both local and national veteran's organizations.

Prior to joining Samsung in 2014, John was Director, Outsourcing and Offshoring Programs at UBS Financial Services.  His previous assignments include senior leadership roles at Comcast, Blackberry and AT&T where he also led enterprise program offices and technical services teams. At AT&T, John was a member of the AT&T Network Disaster Recovery Command Team that provided business continuity and recovery for the AT&T Global Network.

John is an active volunteer in his church and community and enjoys family vacations, golf and nature walks with his family and pack of very spirited Jack Russell Terriers. 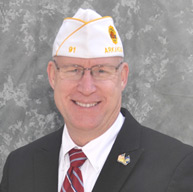 Michael was nominated as Chairman of the Committee on Youth Education in October 2018.  He served as Arkansas Department Commander in 2017-2018.  Michael joined the Legion in 2005 and is an original member of re-chartered Post 91 in Beebe.  He has served on the National Americanism Council, and served as chairman of the Arkansas Department Committee on Children and Youth from 2013 to 2017.  He is the editor of the Department of Arkansas publication, The Arkansas Legionnaire.

He has a Bachelor of Science Degree in Education with an emphasis on mid-level math and science and has taught Math at Carlisle High School.  Currently, he is working with young men who are enrolled in a Christian-based drug and alcohol recovery program.  He offers mentoring and job skill training while providing necessary services to the local community.

Michael is a U.S. Air Force Veteran with 23 years of service on heavy airlift.  He retired from active duty in 2003 at Little Rock AFB.  His eligibility to be a member of the American Legion was first earned by serving during the Panama Conflict along with continued service during the Persian Gulf Conflict and War on Terrorism.  His awards and citations include the Air Force Commendation Medal, Air Force Achievement Medal, Meritorious Service Medal, Armed Service Expeditionary Medal, Marksmanship Ribbon, Humanitarian Service Medal, National Defense Service Medal, and the Outstanding Unit Award with Valor.

He has been married 14 years to Carol Westergren who is the past Auxiliary Department President and past Auxiliary National Executive Committeewoman.  He has three adult children and one step son along with 7 grandchildren.